Marcus Ericsson is confident Sauber can repeat its impressive performance in the Bahrain Grand Prix on a regular basis this season.

A one-stop strategy saw Ericsson rise from 17th on the grid to finish ninth overall, picking up his first points since the 2015 Italian Grand Prix. While the team has made clear progress this season compared to last, it was a more competitive race performance from Sauber than it displayed in Australia and Ericsson believes the car is good enough to battle for points on the majority of circuits.

“I think we bring this performance and the confidence we have this weekend with us to China,” Ericsson said. “Both in Australia and here we’ve been in the mix in the midfield and we aim to do that again in China and see where we can do.

“But this is a great boost for everyone, it’s a great reward for all the hard work over the winter for the guys in the factory. And on track everyone did an excellent job. It was the result of great teamwork because strategy was great, set-up was great for the race, and everyone contributed.

“The pit stop was very good, too, so it was all about the teamwork and we need to continue that. If we are all on top of our games we can be there and fight for points every weekend, I’m convinced about that.

And Ericsson admits the result in Bahrain was made even sweeter as it ended a run of 49 races without scoring a point.

“It’s a great relief because I’ve had some really difficult years the last few years. I’ve worked really had and I’ve had some really great performances and races. I think I’ve finished 11th three or four times since the Italian Grand Prix so I’ve been very close but there’s always been something happening – a Safety Car or something happened – when I’ve been looking to try and score those points.

“So to be able to do that has been a big relief and you can feel a weight lifting from your shoulders, for sure. Because even though the car has not been there to score points it’s what we’re here for, to score points, and when you don’t do that, even if you don’t have a car to do it, it’s still frustrating. So that’s why it’s such a nice feeling to be back scoring points.” 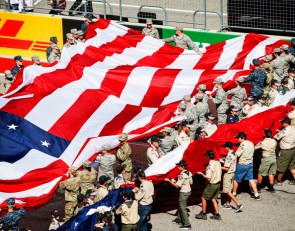 Road to Indy 39m ago