I’ll admit, I’m an optimist when it comes to Formula 1. You’ve probably already noticed in this column that I like to talk the sport up whenever possible, and this past weekend in Bahrain made it very easy for me to do so.

I was genuinely surprised by the reaction to the Australian Grand Prix two weeks ago, even with the acceptance that some in F1 have short memories. Melbourne has always been a hard track to overtake on, and the current generation of car made that even harder last year. But the following races in China and Bahrain allayed any fears about it being impossible all season long.

So to hear there would be a meeting about overtaking ahead of the race in Bahrain seemed like one hell of a knee-jerk reaction. Fortunately, we were treated to a thriller and can look forward to a season where the title race has all the ingredients of an absolute classic.

Last year’s fight had the potential to be so good and then fizzled out, but this year is bringing a higher level of unpredictability, and that’s exactly what any sport needs to be attractive. It’s also something F1 has really lacked since the introduction of the V6 turbo power units and the Mercedes dominance that followed.

Ferrari has shown it has the car to be a Mercedes-beater on outright pace once again, as it was at times last year. But unlike 2017, it is not the stable machine that was relatively competitive – but only relatively. This time, the contrasting form at the opening two races suggests some higher peaks to its performance.

And it’s a similar story for the defending champions, with early signs suggesting attempts to tame the diva have not been as successful as the team hoped. Fastest but unable to disappear into the distance in Australia, Mercedes was then unable to respond to Ferrari’s improvement over one lap in Bahrain, but was a real threat in the race.

You have to go back to 1982 for the last time a driver won the opening two races of the season and failed to go on to take the championship. On that occasion it was Alain Prost for Renault, who then suffered three consecutive retirements after his two wins to open the door for Keke Rosberg [below] to claim the title with only one victory. 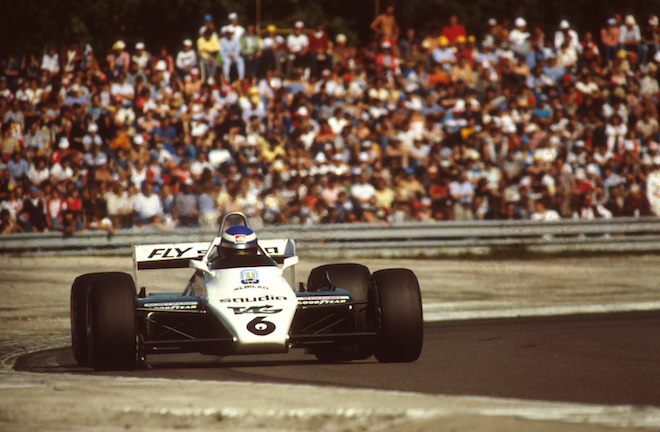 I’m pretty confident in saying there won’t be a repeat of 1982’s 11 different winners this time around, but it is also clear that Sebastian Vettel has more than Lewis Hamilton to worry about.

Valtteri Bottas put pressure on Vettel in the closing stages on Sunday, but the absence of Red Bull in the final results should not detract from the pace shown by both Max Verstappen and Daniel Ricciardo.

Ricciardo felt he already had Kimi Raikkonen under control after having seen the Ferrari struggling compared to the Red Bull in the opening lap and a half before a loss of power ended his race, and Verstappen had already caught and attempted to pass Hamilton on the same soft compound tire by the start of lap two when the pair touched.

Of course, you don’t judge race pace on less than two laps worth of data, but looking back to Friday’s long runs showed just how close the top three are. Comparisons of the high-fuel pace had Ferrari a fraction ahead of Mercedes and Red Bull a slightly bigger margin adrift, but all three were still within 0.1s of each other. With that sort of similarity in pace, any one of those teams was realistically eyeing victory.

Given the battle that unfolded between Ferrari and Mercedes, those calculations proved accurate, and the same can be said for the midfield fight, too.

Toro Rosso was surprisingly fourth-quickest on Friday, closely matched with McLaren, with Renault and Haas just behind. It played out exactly that way, with Pierre Gasly’s lofty grid slot allowing him clear air to maximize the pace, while McLaren had to climb back through into the points after a really poor qualifying. 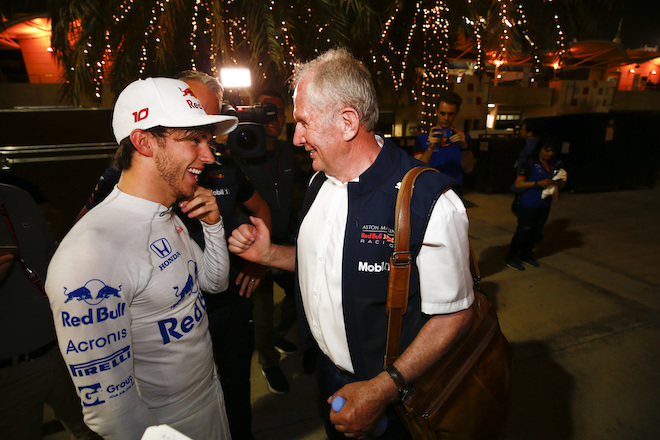 It is inevitable that those two teams are going to be compared against each other this season given McLaren’s history with Honda, but there is a completely different chemistry between Toro Rosso and Japan that would make it unfair to simplify this year’s situation down to either Honda progress or McLaren underperformance.

But there are clearly feelings involved, and it will mean so much more to each team to beat the other. Toro Rosso is riding the wave at the moment after having been ridiculed since the end of last season, and Honda won’t publicly comment on McLaren, but behind the scenes each is sure to be delighted at its ability to at least race against its former partner after three years of negativity.

And it isn’t a one-way street. McLaren acknowledges the time for change had come and the working relationship with Honda was irreparable. Go back 12 months to last year’s Bahrain Grand Prix, and the whole weekend was an utter disaster. But that weekend also saw McLaren mechanics slogging into the early hours day after day in order to replace components and try and get the car back on track after numerous failures.

That was a scene that was repeated at many races, and those same mechanics – having worked so tirelessly last year – had to watch Toro Rosso almost cruise to a much-celebrated fourth place. Gasly’s pace suggests that the sight of the Honda-powered car mixing it at the front of the midfield won’t be a one-off, and there should be plenty more opportunities for the personal battle to resume.

McLaren at least has made a strong start in the fight for fourth in the constructors’ standings, with form already fluctuating to some extent between itself and Toro Rosso, Haas, Renault and Force India. Even Sauber – brilliantly pulling off a typically bold one-stop strategy – had the pace for points in Bahrain. Much like the fight at the front, there are threats everywhere in the midfield.

This is exactly what Formula 1 needs. Are we still complaining about the new logo, deriding a theme tune or being disgusted by the Halo when a race featuring so many storylines as Bahrain is unfolding? No. 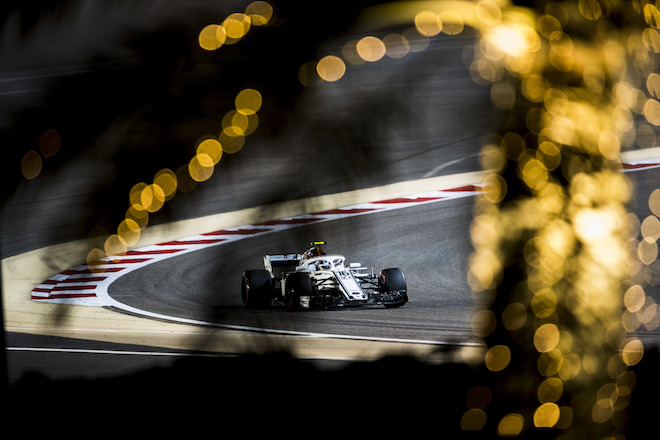