Kevin Magnussen says Haas needs to improve the speed at which it delivers new parts to its car regardless of where it starts the season at this weekend’s Australian Grand Prix.

Haas impressed during pre-season testing and is expected to be in the mix for best of the rest behind Mercedes, Ferrari and Red Bull when the new season gets underway in Melbourne. While two rivals for fourth in the constructors’ championship – Renault and McLaren – suffered some reliability issues during testing in Barcelona, Magnussen doesn’t see the opening races as a bigger opportunity for Haas and says it most focus on increasing its rate of car improvement. 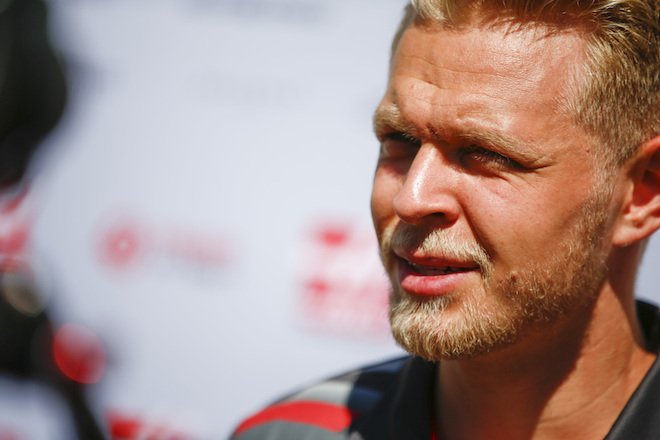 “I don’t see why our competitors wouldn’t be as ready as us,” Magnussen (pictured above) said. “Of all the teams we have the least amount of resources and capacity, so we shouldn’t be the best prepared of all the teams. It should be the other way, naturally. We feel really prepared and we feel ready to go racing with our car. But how it’s going to go in the year, how it’s going to develop over the year, it’s hard to say.

“One of the things we need to improve is bringing the stuff we design quicker and earlier. At the moment it takes us longer to produce the parts than other teams. That’s an area that we are working on and area that we need to expand and grow.”

Magnussen sees this year’s development race as particularly crucial because he is expecting an extremely tight battle between a number of midfield teams.

“I think it’s going to be a very close fight between McLaren, Renault, probably still Force India, Toro Rosso. Hard to say where Williams is but they are probably going to be in there as well at some point and then hopefully ourselves.”

While Guenther Steiner says its is presumptuous to place Haas in a battle with the likes of Renault and McLaren, the team principal remains confident in its development plan.

“We have a good plan in place, but I don’t know what the other ones are planning to put in, so it’s difficult for me. We can go with history. Even spending a lot of money doesn’t mean all the time you get the result of it. Even if they spent $10 million or $20 million in updates, that doesn’t mean they get for every million five points in aero efficiency.

“We’ve got a good plan in place compared to last year to bring more and better updates, because our group – we have matured as a team. If we can keep up – or hopefully we can get ahead of them – I don’t know sitting here.”