Buoyed by the highly anticipated debut of the 2018 Verizon IndyCar Series aero kits at the Firestone Grand Prix of St. Petersburg, and the prospect of a thrilling second round of the IMSA WeatherTech Championship at the Mobil 1 Twelve Hours of Sebring, RACER.com earned a dramatic year-on-year increase in audience for both events.

The trend began with a record setting January 2018, riding a surge in interest for the Rolex 24 At Daytona along with the first glimpses of what’s to come in IndyCar during early-season testing. The pace continued in February thanks to an increase in breaking news and in-depth coverage of the Monster Energy NASCAR Cup Series. Now with the racing season fully ramping up, RACER.com continues to see traffic increases in all metrics.

For the first IndyCar race of the season on March 11, users improved by 43% on the Sunday race day alone versus users for the race day last year. The boost in users helped to improve numbers for sessions and page views. New users also grew by 40% compared to last year, largely as a result of increases in organic searches and social referrals.

This past weekend, the surge continued for coverage of the IMSA WeatherTech Championship’s second round in Sebring. In this case, users nearly doubled over the four days of coverage with a 49% increase in 2018 compared to the same period in 2017. Again, the boost in users led to increases in other valuable metrics including page views and sessions. 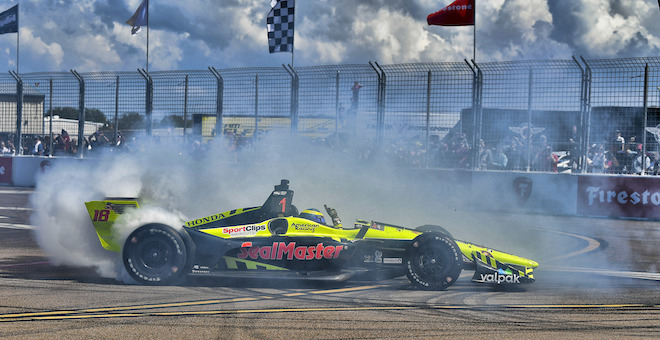 Next weekend, March 23-25, brings the start of the new FIA Formula 1 Championship season from Melbourne, Australia. The 2018 kick off awaits another duel between Mercedes and Ferrari while other teams are looking to topple last year’s top two. Plus, the debut of the controversial cockpit halo will inevitably lead to RACER.com solidifying its position as the top general interest motorsports web site in the U.S. as ranked by Alexa.com.

Overall, RACER.com is currently enjoying a significant boost in year-on-year audience traffic. From January 1 through March 20, 2018, users are up by 34%, and page views are showing a 14% increase. Significantly, new users have increased by 36% compared to the same period in 2017. A major factor in the increases can be attributed largely to a 103% increase in organic search as a result of some behind the scenes work carried out by the RACER web team to improve performance in key word searches and rankings. Improvements in social media performance has also been a contributing factor, with Twitter and Reddit referrals both increasing by more than 50%.

Learn more about how to advertise on all of RACER’s platforms by visiting advertise.racer.com.

All metrics based on Google Analytics. 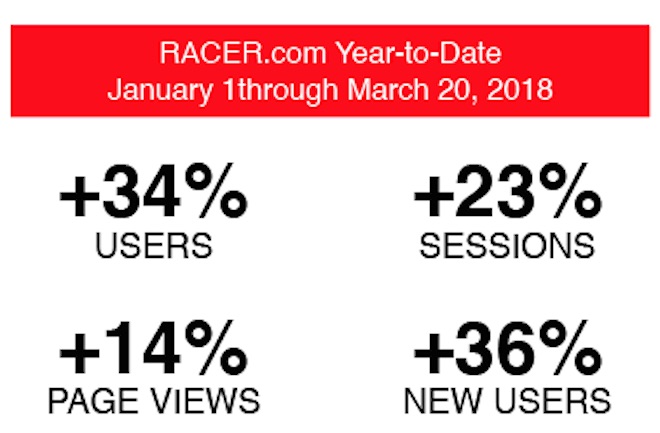 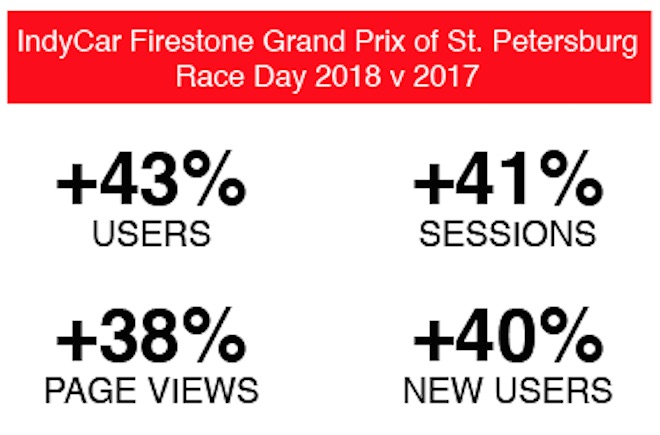 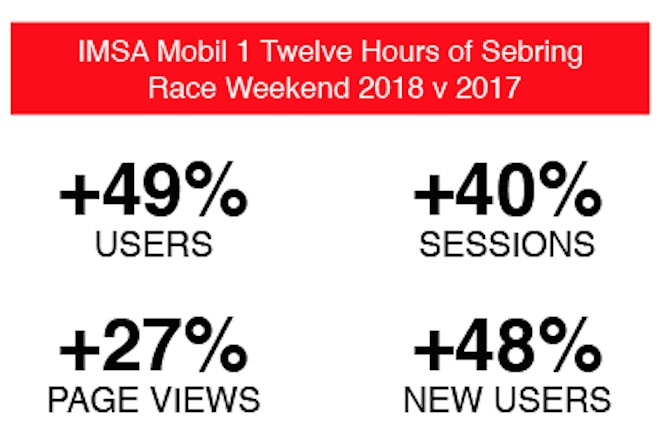