MEDLAND: Fourth is the new first

MEDLAND: Fourth is the new first

At this time of year the main focus for the majority of Formula 1 fans is on who will win the opening race in Australia. Will it be Mercedes v Ferrari once again? Will Red Bull join the party and make it a three-way fight? Or will we revert to 2014-2016 levels of dominance from the defending champions?

The signs from testing are… confusing, to be honest. Mercedes definitely has the quickest car, but by how much is hard to gauge. Over a long run, the gap looks significant, but Ferrari was fuel-saving – apparently due to the new track surface increasing full throttle time in Barcelona – to an extent that would be surprising to see repeated come Melbourne.

Mercedes was clearly hiding some pace, however, and the manner in which Red Bull went about its business suggested that at worst, it will be in a much stronger position than 12 months ago, and at best, ahead of Ferrari.

But I’m here to champion a different fight, one that looks guaranteed to be at least a three-team battle at various stages of the season: the scrap for fourth place.

It’s not a glamorous position, but such was the margin enjoyed by the top three at the end of 2017 that fourth was a realistic goal for the majority of the remaining seven teams. Sauber wouldn’t put itself in that category, and if we’re honest, neither would Toro Rosso as it prepared for its first season with Honda with at least a hint of trepidation, but the rest all had the same target.

By the end of pre-season testing, at least two teams had emerged as the frontrunners in the battle to be best of the rest, with Renault impressing during the two weeks in Barcelona. That should not come as a surprise, given the amount of investment that has been put into the team over the past two years, and there had already been hints of its progress in its impressive development rate during 2017. 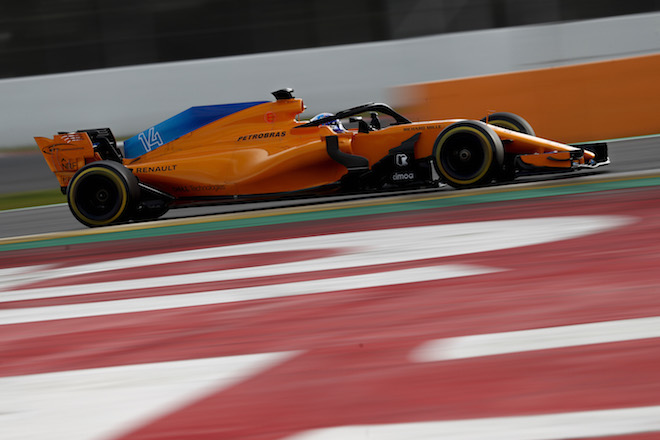 Alongside it was Haas, who caught the eye with some very impressive lap times on the final two days and – somewhat unexpectedly – placed itself firmly in the mix.

McLaren [above] also suggested it was capable of being in that fight despite a troubled pre-season, with the pace shown on the final afternoon displaying that at the very least, it has the performance over one lap.

After those three, Toro Rosso had a reliable run and found its performance to be at a higher level than expected, while there’s definitely more to come from Force India. Williams believes it can unlock much more performance, too.

Running down a somewhat projected order right now – one week out from Friday practice in Melbourne – is not the most exciting part of this fight, however. The really intriguing bit will be how this battle ebbs and flows.

Last season there were some races where Force India was clearly fourth-fastest, others when Williams challenged, and then a number towards the end of the year when Renault rose to the top. Toro Rosso muscled in on the action on a number of occasions, McLaren also joined the mix at certain tracks, and Haas had a top-six result as well.

It’s an area of the grid that appears to have become even more competitive ahead of this season, fueled by the big budgets and even bigger aspirations of Renault and McLaren.

“I think there’s going to be a big fight in that area of the field throughout the championship,” Claire Williams admitted at the end of testing. “I think it’s going to be really tough.

Renault has as much pressure as its two customers – Red Bull and McLaren – to deliver a clear step forward this season. After all, McLaren was generally a long way adrift of Renault’s pace in 2017, and the main constructor has the advantage of marrying the power unit and chassis together in its preferred way. 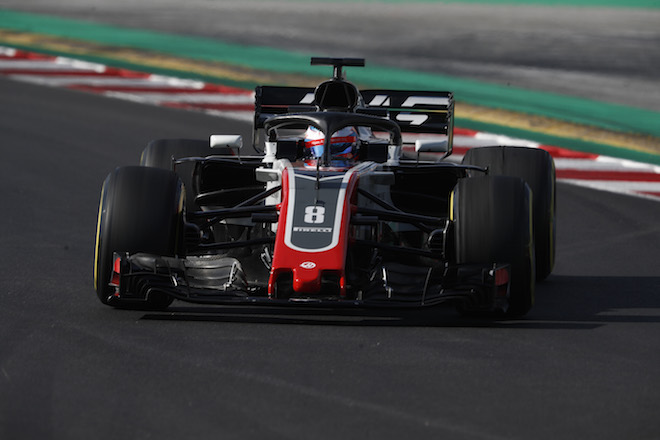 But then Haas [above] began reeling off lap times at the end of testing that made the rest of the paddock sit up and take notice. Its low fuel pace was enough to have Ferrari knocking on the door to find out just how much weight it was carrying, and rivals suddenly started paying real attention to similarities to 2017’s championship-contending SF70H.

Last year’s trend would suggest Renault will pull away from the US team, but Haas has been expanding too and will focus on car development this year to a much greater extent than 2017.

Expectations were high at McLaren – in part due to the team’s own bullish statements – but the reality is that the new partnership with Renault will need time to deliver. There are a lot of unknowns about McLaren’s 2018 car after reliability issues in testing, but there is some underlying performance that will either place it alongside Renault and Haas in Melbourne, or give it the clear capacity to catch up.

I’ve named three clear contenders before even mentioning the team that made the position its own last year: Force India. The car that was launched pre-season was a very basic version of what it intends to run in Australia, with financial constraints once again delaying the introduction of major upgrades.

Such a scenario is not alien to the team, and Force India’s hugely impressive record of improvement suggests that there’s every possibility of seeing the team rock up at Albert Park with a number of new parts that launch it towards the front of that pack. Even if that fails to happen, the team’s development rate in recent years should keep it in the hunt over the weeks that follow.

According to Brendon Hartley, Toro Rosso’s own targets for the opening race have already been upgraded to fighting for points after a strong pre-season, with reliability from Honda being reinforced by encouraging performance. Should those goals end up being a bit ambitious, Toro Rosso [below] – like Honda’s former partner McLaren – is at the beginning of a new relationship, and expects to make clear improvements through the year.

“On the chassis side, it will be step-by-step,” Toro Rosso technical director James Key told RACER, “because we’ve set ourselves some very aggressive targets in-season and we will work towards them, so we’re not going to try and put everything onto the car for Melbourne – and I’m sure Honda will have a similar approach.” 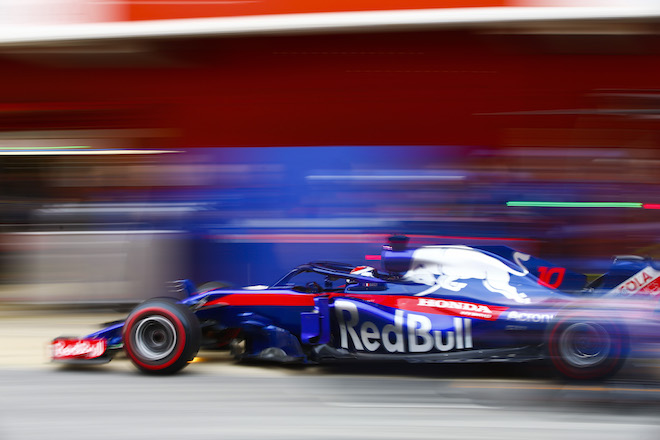 Williams is also targeting big steps forward as the year goes on after having struggled to exploit its car in testing, but given the rate at which those teams ahead of it will improve amid such a close fight, bridging the gap might be too much to ask with such an inexperienced driver line-up.

The more established drivers of Fernando Alonso, Nico Hulkenberg, Sergio Perez and Romain Grosjean all have the capacity to push their respective teams forward. They also all have highly-rated younger teammates, making each intra-team battle as fascinating as the overall one. There are so few weaknesses, each team has every right to be dreaming of P4 this year.

In such an intense fight, mistakes will be made. Teams take risks, drivers push that little bit too hard seeking that extra bit of lap time that could make all the difference. It might not be a fight for the win, but it will bring out the best in people.

Watch it. Watch it closely.

Although, as Paddy Lowe warns, maybe don’t judge it all on what you see next weekend…

“Melbourne is a bit of an outlier in terms of performance,” Lowe says. “I remember I was at a team in the past where we had quite a bad car at the launch of the season and we went to Melbourne and we got into Q3. And then we went to Malaysia and we qualified 19th and 20th – which was the real answer!”