The first rule of testing in any form of motorsport is that you can’t pay too much attention to the times. But, frankly, the alternative is no fun – especially when those times are suggesting that we might finally witness a multi-team fight for the Formula 1 World Championship.

If karma is a thing, then we’re owed as much after last year, when Ferrari managed to psych itself out of what should have been a stout opposition to Mercedes. So when pre-season testing finally rolls around and Ferrari and Red Bull Racing are trading turns at going fastest, while Mercedes lurks just beneath the surface, how can you not get drawn into wondering how this might play out when everyone arrives in Melbourne?

There’s just as much intrigue in the midfield. It’s going to be fascinating to see how much progress McLaren can make in tandem with Renault, especially since Honda is having its praises constantly sung by new dancing partner Toro Rosso.

When you step back from F1 and take a wider view of the sport, it becomes clear that we’re being spoiled this year. It’s getting hard to recall the last time the Verizon IndyCar Series had a poor season, but the challenge presented by the arrival of the new aero kits adds an extra twist this time around. Will common bodywork level the playing field, or give the greats an even stronger platform upon which to demonstrate their talents? 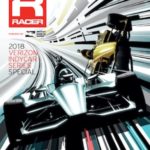 • This issue includes the 2018 Verizon IndyCar Special. Click here to view the digital version of the IndyCar Special for free, compliments of IndyCar.

Meanwhile, all signs point to IMSA standing at the dawn of another golden era thanks to an astonishing field of heavyweights in its Prototype class. Cadillac vs. Nissan; Joest vs. Penske. Rarely do great manufacturers and great teams collide like they will here.

And how will NASCAR deal with the loss of Junior? Indications are that names like Blaney, Wallace and Elliott could figure in the answer. Early days in all cases, but that’s the point. Whatever your racing preference, 2018 looks set to be a season to savor.

• The issue also includes a special 2018 Pirelli World Challenge Preview section, as well as a custom preview cover on the back of the issue. 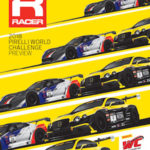