Returning to ISM (Phoenix) Raceway is not so much a homecoming for Alex Bowman as a renewal of tradition.

“I was probably there once a year from the time I was seven to, I guess, now because I’ve never really stopped going,” Bowman told RACER.

From Tucson, Arizona, Bowman is as familiar with the one-mile track as eight-time winner Kevin Harvick. Bowman grew up racing quarter midgets behind the grandstands off Turn 4, and he also attended the Copper Classic (a USAC race) when it was held there. And when Bowman wasn’t racing at Phoenix, he was among those baking in the sun in the grandstands watching NASCAR races.

“I’ve definitely been there quite a bit and a big part of my growing up was watching races there,” said Bowman. “I guess the first time I raced there was in a midget in probably like 2009. It’s a cool racetrack, I enjoy it a lot. It kind of took me a while to get the hang of it but lately it’s been a place that’s been really good to me.”

The first time Bowman competed at Phoenix for JR Motorsports – 2014 – was when the light bulb went off. Said race was the first time Bowman felt he’d had the chance to compete there in great equipment, and it reinforced his belief he had a knack for the place.

He ran inside the top five much of the day in the Xfinity Series race before running out of fuel at the end. But the fact that he went from racing around Kyle Busch and Brad Keselowski on Saturday to then running 36th in the Sunday Cup race, wasn’t lost on him.

“[Phoenix is] very race car-sensitive,” Bowman said. “I would say in 2016 my job was easy and anybody could have driven that car. It was really, really good.” 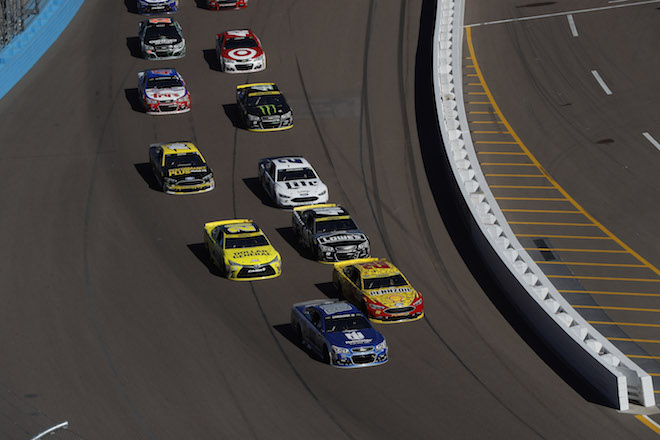 The last time Bowman was behind the wheel of a Cup Series car in Phoenix was that 2016 race (pictured above), which he dominated. Starting from the pole during his substitution stint for Dale Earnhardt Jr., Bowman led 194 laps but finished seventh after late-race contact with leader Matt Kenseth in Turn 1.

That missed opportunity used to haunt Bowman, but with his victory in the Xfinity race at Charlotte last October, the pain subsided. Finally having a NASCAR national series win provided validation.

“I will definitely think about that [2016 Phoenix] race a lot this week, but more of it in just how good our race car was,” said Bowman,” and what we were so good at and how we can apply that this week.”

While a lot has changed since then, Bowman will have the same center section of that race car this weekend. A majority of the car will be different as the rules have evolved and Chevrolet is now running a Camaro body, but Bowman is comforted by how strong it ran in the past and how good he expects to be again.

“I would hope that we can go there and be really strong,” he said. “That place means a lot to me to go there and run well, and I have to take that place back from Kevin Harvick and try to make it a good place for me.”

Plenty of family and friends would be there to see it. Phoenix weekend provides Bowman the opportunity to see his mom and brothers, whom he’s close to but doesn’t get to see very often. Dad Sean likes to bring his friends and Bowman’s grandmother also tends to invite a bunch. Bowman laughs that a stop to Phoenix each year is “more their weekend” to show off.

Bowman knows the No.88 team needs to show off improved performance. The start of the season has not gone as anyone on the crew likes or expected. He believes the team is moving in the right direction and that the car was better in Las Vegas than it had been at Atlanta, “but we still have a lot of work to do.”

Speed is the main issue, not just for Bowman but his Hendrick Motorsports teammates. The balance might be right yet on the speed chart the car is a couple of tenths off. 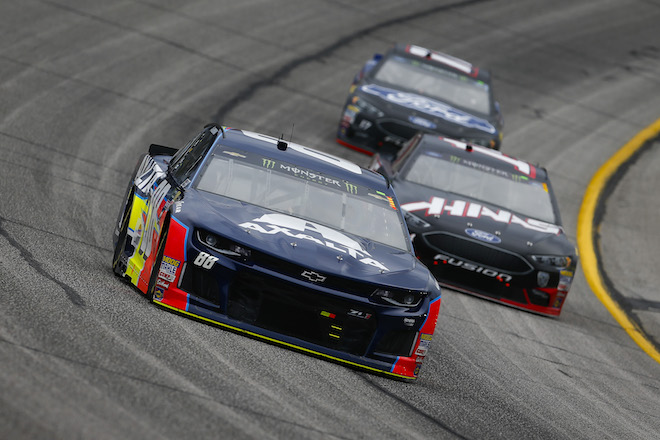 Atlanta (pictured above) was discouraging because Bowman expected to run up front and contend. “And we weren’t even close to doing that,” he said. “We got our butts kicked pretty good and we went back to work. I think we know where we need to go, we just have to have the time to be able to do it.”

Regardless, Bowman is naturally excited for Phoenix. Not just for the home cooking history, but to see where his team’s short track program is. Trying to realistically assess his prospects, Bowman says the priority is building a top-10 team.

“If we can start that in Phoenix, that would be great,” Bowman said. “We can run competitive lap times for 35, 40 laps in a run and then I feel we just fall off too much. So, [we need to] get our fall-off better, our long-run speeds better and get back to where we’re competitive all day and not going laps down.

“We need to be fast enough to stay on the lead lap and run top 10 all day. If we can keep chipping away at it and getting better each week, we can get to where we ended 2016 – and that’s consistently being a threat.”