Alonso sets only time on snow-hit third day of testing

Alonso sets only time on snow-hit third day of testing

Fernando Alonso was the only driver to complete a timed lap as heavy snow saw the third day of pre-season testing effectively written off.

Overnight snow and freezing temperatures saw the whole of the morning’s running canceled as low visibility prevented the medical helicopter from flying, although teams were unlikely to venture out anyway. The snow finally stopped late in the morning and turned to light rain at the Circuit de Barcelona-Catalunya, with the track going green at midday but remaining empty.

After two difficult days for McLaren at the start of its new Renault partnership – with the team limited to just 37 laps on Tuesday due to an exhaust issue – Alonso was the first driver to venture out at 1:10 p.m. local time, over four hours after day three was due to start.

The Spaniard went on to register 11 of the 17 laps that were completed in total with five teams failing to run at any stage. It took until the final ten minutes of running before a lap time was finally registered, with Alonso completing one flying lap before pitting. He returned right at the end of the session and improved by nearly three seconds to a 2m18.545s to sit on top of the timing screens. 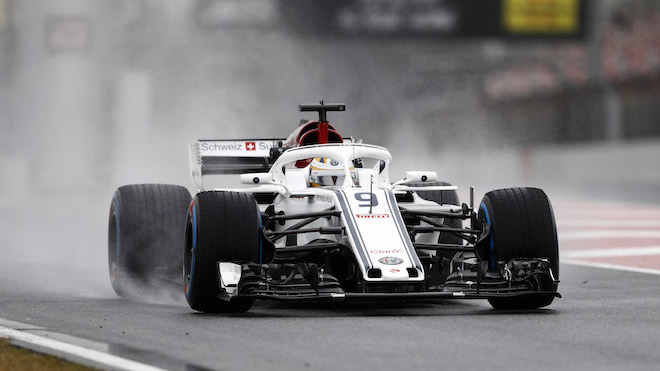 Persistent light rain throughout the afternoon ensured the track remained soaked until the end of running, with temperatures also remaining extremely low. In such tricky conditions, aside from Alonso only Daniel Ricciardo, Brendon Hartley, Marcus Ericsson and Robert Kubica emerged from their respective garages.

Ricciardo and Hartley both made two appearances – for a solitary lap on each occasion – with Ricciardo taking an excursion through the gravel in a display of how treacherous the conditions were. Red Bull opted not to return after that incident, while Sauber and Williams also ended running after one lap.

Mercedes, Ferrari, Renault, Force India and Haas all decided to focus on trying to make the most of better weather on Thursday, with a much warmer forecast and rain receding on the final day of the opening test. 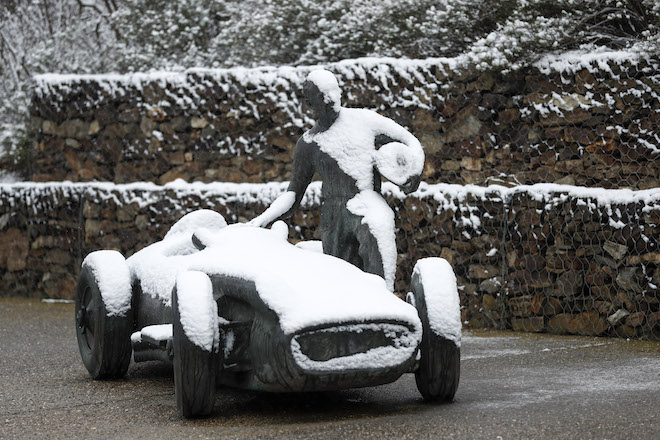 Trans Am 7hr ago ET