All 10 Formula 1  teams will be in action during the first pre-season test at the Circuit de Barcelona-Catalunya in Spain starting on Monday.

Defending champions Mercedes is to run both drivers on the opening day, with Valtteri Bottas driving the W09 in the morning before handing over to Lewis Hamilton in the afternoon. Such a setup is expected throughout the rest of the test, with Hamilton due to be the last to drive the car after lunch on Thursday.

Ferrari will alternate its drivers throughout the week, with Kimi Raikkonen driving on days one and three, while Sebastian Vettel will be behind the wheel on days two and four. It’s the same approach being taken by Red Bull, with Daniel Ricciardo opening the test and Max Verstappen finishing it on Thursday.

Force India will unveil its new car for the first time on Monday morning and the initial running on Monday will be carried out by Russian youngster Nikita Mazepin, with the car having yet to complete a shakedown. Race drivers Esteban Ocon and Sergio Perez will drive on days two and three, respectively, before Canadian F2 driver Nicholas Latifi takes over on the final day as he starts his role as the team’s test and reserve driver.

Williams is also taking an unorthodox approach to its schedule, with running split on each day and three drivers taking part. Lance Stroll will open the test on Monday morning before handing over to Sergey Sirotkin, and Sirotkin will then start in the car on day two before Robert Kubica – who carried out a filming day in the FW41 on Sunday at Aragon – drives in the afternoon. The third day will see Stroll running in the morning and Kubica again in the car after lunch, before Sirotkin takes the wheel for the first half of day four and Stroll closes out the test.

The other team aiming to split running on each day is Renault, although its race drivers are due to complete a half day each on each occasion. Carlos Sainz’s former team, Toro Rosso, will alternate drivers as Brendon Hartley drives on the first and third days and Pierre Gasly on days two and four.

Haas similarly is giving each race driver a full day – Romain Grosjean will be in the car on Monday before Magnussen takes over on Tuesday – as is McLaren with Fernando Alonso first in the MCL33 and driving on alternate days with Stoffel Vandoorne. Sauber follows the same schedule as Marcus Ericsson drives on the first and third days and Charles Leclerc carries out duties on the other two. 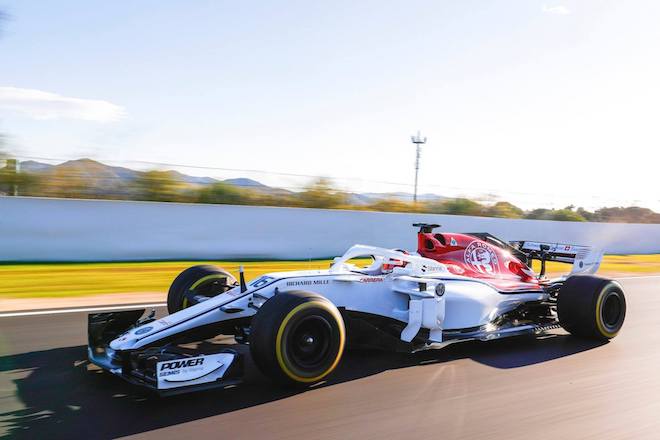