Daniel Ricciardo has noticed a “good intensity” at Red Bull and is confident it can close the gap to Mercedes and Ferrari over the winter.

Red Bull struggled at the start of 2017, partly as a result of correlation issues between its wind tunnel and the track that left it lagging behind the top two teams in terms of car development early on. As the season progressed, Red Bull became more competitive and ended the year with two victories from the final six races.

Asked about the mood in the team ahead of the start of pre-season testing, Ricciardo replied: “I feel there’s like a good intensity.

“I believe [Red Bull can beat Mercedes and Ferrari]. With not many rule changes and stuff we’ve improved the car a lot last year. I guess in principle we should be able to carry that over to this year and kind of evolving from there, so we should be able to fight more often. Time will tell, but I’m confident.” 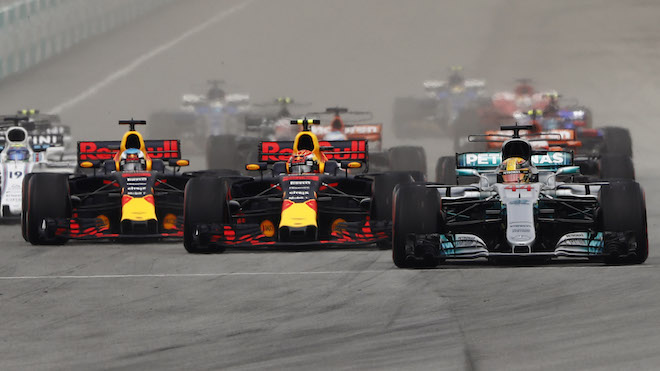 Ricciardo also admits he has missed the battle against teammate Max Verstappen during the off-season, having split his own winter spending time in Australia, New Zealand and California.

“I guess I’ve missed being competitive. I’m not that competitive with my friends anymore when we do things – I’m kind of past that point, my job is competitive enough. Having Max around keeps me fired up.”