The 102nd running of the Indy 500 will have a throwback appeal as the names Andretti, Rahal, and now Fittipaldi will be on the entry list for the Greatest Spectacle in Racing.

As RACER revealed on Monday and the team has now officially confirmed, Emerson Fittipaldi’s grandson Pietro will contest seven rounds in Dale Coyne Racing’s No.19 Honda, and of the marquee events on his calendar, Indianapolis is center stage as he looks to carry on the family tradition.

“I’ll be doing seven races, and the best news is I’ll do my first Indy 500 25 years after my grandfather won,” the 21-year-old told RACER. “I’m really happy and excited to race in IndyCar. It’s been one of my dreams since I was a kid. I was born in Miami, grew up in the U.S., and was born the year my grandfather stopped racing in 1996, but I’ve been watching racing since I was five or six, watched Christian [Fittipaldi] race, watched Max Papis race at Indy; he’s my uncle, married to my mom’s sister, so I’ve always followed IndyCar.”

Fittipaldi’s plans for 2018 took a rapid turn late in January when an invitation to test at Sebring took on greater importance as DCR driver Sebastien Bourdais was bound to sports car duties in Daytona. 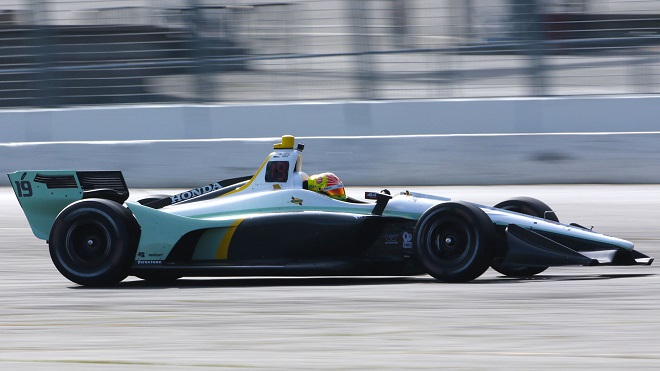 INSIGHT: Honda races to the future

“Dale giving me the opportunity to test was a surprise,” he continued. “I went there for an Indy Lights test with Ricardo Juncos because I used to race karts for him, so I tested Monday and Tuesday, and then Dale said why don’t you get in the car because Sebastien had to go race sports cars. So it went really well, then Dale gave me another opportunity at Sonoma. I liked working with [DCR engineers] Craig Hampson at Sebring and Michael Cannon at Sonoma, so it’s all going very well.”

With Canada’s Zachary Claman De Melo already signed for 10 races in the No. 19, Fittipaldi’s options for a full season were limited with Coyne.

“As a driver you always want to be doing something full time, but the only thing the team had was the seven races because we did this quite late,” he said. “So there was no chance to do the full season, so this is what I would like to do full season next year. I have an amazing teammate with Sebastien, to feed off him, and I’m going to perform at my best and give my best to the team. I am looking be here full-time next year.”

The reigning World Series formula 3.5 champion comes to IndyCar from training on Europe’s open-wheel ladder, and with his grandfather’s pair of Formula 1 world championships and his family’s long history in the cockpit, not to mention as an entrant, the allure of grand prix racing remains strong within young Pietro.

“There might be a chance of something this year in Formula 1,” he said. “It’s not confirmed. It’s a dream come true to be able to race in IndyCar and the Indy 500, and one of my objectives is to one day race in Formula 1. So, I’m not completely closing that door. If there’s an opportunity to do something there this year, it would be amazing – and if I can do both IndyCar and Formula 1 in the same year, that would be even more amazing.” 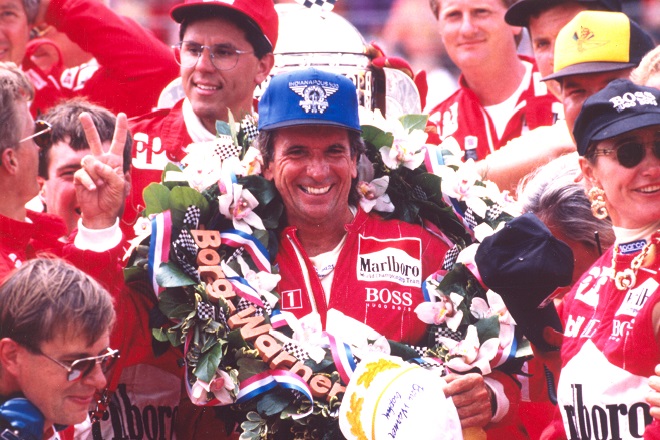 Considering the Fittipaldi heritage at Indy, and that 1993 win (pictured above) serving as an anniversary, Pietro would love to honor Emerson with a victory in May.

“My grandfather is really excited,” he said. “I spoke to him before and after the test, and he was calling and giving advice… ‘On this corner, there’s a bump here, and you need to brake there…’ Indy’s going to be a historical race, no matter how it ends. It’s world class drivers, and who knows, 25 years after my grandfather won Indy the second time…nothing is impossible.”