A productive first day of testing with IndyCar’s new 2018 bodywork at Sonoma Raceway – site of the season finale – was completed on Monday, but only after the most bizarre of delays was experienced.

The track’s use of local sheep to consume the surrounding shrubbery went awry when large numbers of the creatures broke free and littered the racing surface with the byproduct of all the greenery that was eaten. Efforts by Sonoma Raceway to wash the sheep poo away exacerbated the problem as the cool morning temperatures prevented the water from drying. 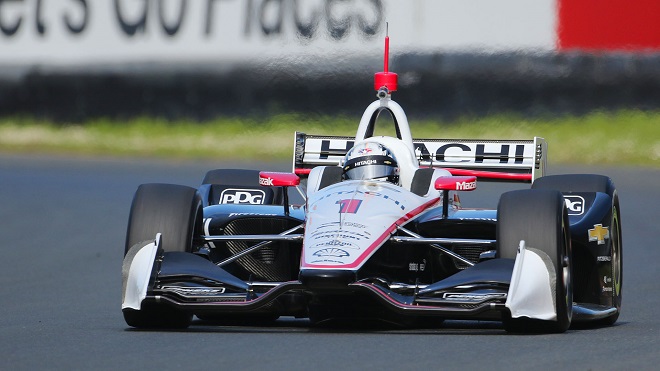 Despite the late start, 12 drivers ventured out for a slippery morning session where a low 1m18s lap was said to be fastest. In the warm afternoon session, which ran to 5 p.m., Team Penske was the fastest with its Chevy-powered trio of Josef Newgarden at an unofficial 1m18.1s, Will Power (1m18.3s), and Simon Pagenaud (1m18.6s). They were shadowed by the Honda-powered Dale Coyne Racing entries for Sebastien Bourdais (1m18.7s)and his impressive rookie teammate Pietro Fittipaldi (1m18.9s).

Teams now head straight to Phoenix where IndyCar’s rookie class will spend Thursday on the one-mile oval between windscreen tests conducted by the series with Chip Ganassi Racing’s Scott Dixon.