The final full-time seat on the 2018 Verizon IndyCar Series grid has been filled with a pair of rookies in Canada’s Zachary Claman De Melo and Brazil’s Pietro Fittipaldi.

Although the Dale Coyne Racing team has yet to make its formal confirmation of the two, it’s believed Indy Lights race winner Claman De Melo will pilot the No. 19 Honda in 10 rounds and reigning World Series Formula V8 3.5 champion Fittipaldi – the grandson of Formula 1 and Indy car champion Emerson Fittipaldi – will be in the seat for the other seven.

The exact dates each will fill is unknown, although with Fittipaldi scheduled to test Thursday to Saturday at the one-mile Phoenix oval while Claman De Melo spectates, the 21-year-old Brazilian could be in the car for some of the ovals on the calendar.

“Things are still under development with our drivers, but if you look at who we’re running, that tells you a lot about what we’re doing,” Coyne told RACER. “Both tested for us at Sebring and they tested well together.” 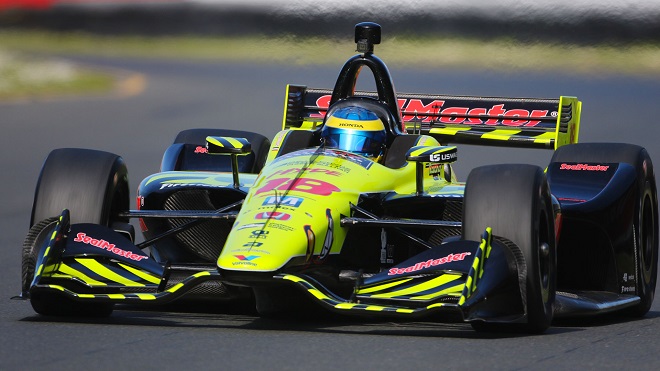 “This was just a perfect match because they have the marketing side of things and we have the race operations,” Coyne added. “And we can only help each other here.”

It’s also believed DCR will expand to four cars for the month of May. Entries for Bourdais in the dayglo No.18, one of its rookies in the mint green and charcoal No.19, Pippa Mann in the No.63, and another driver in one of the new Dallara DW12s the team has purchased should give the Illinois-based outfit its strongest Indy 500 line-up to date.