Takuma Sato will turn his first laps since returning to Rahal Letterman Lanigan Racing at Sebring next week, and team co-owner Bobby Rahal believes that the 2017 Indy 500’s arrival comes at the perfect time for both team and driver.

“We all want to get out there and going with him,” Rahal told RACER. “We’ve worked hard over the offseason bringing good people in, have some new sponsors we’ll announce soon, and I’m excited about what we’ve got ahead of us. And there’s every reason to believe we’ll have a good year with Takuma and Graham. We just want to get out there turning laps.”

Having spent one season with RLL in 2012, Sato has undergone a significant transformation since his last go-round with the Honda-powered squad. 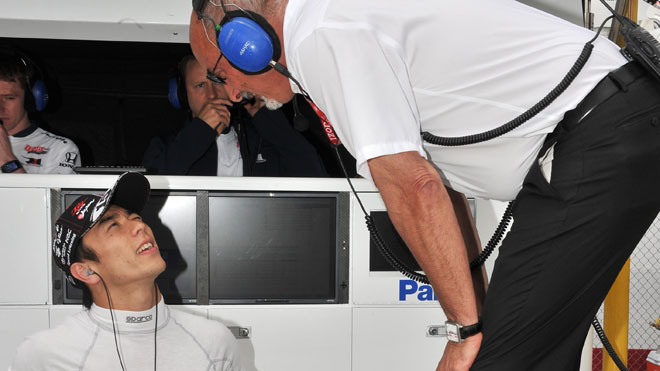 “I thought Takuma had a great year, and I don’t just mean the 500,” Rahal said. “His performances were quite strong everywhere he went. It’s a good spot for us to be in with him, and you can tell he’s bringing more seasoning this time around. I’m very excited to see what he can do with us, and work together with Graham to make some great cars. There’s just a lot of strong potential in getting back together with Takuma.”

Eight months after his Indy success, Sato wrapped up the final formality in an epic eight-month victory tour when he received his Baby Borg trophy in Detroit earlier this week. While he admits that he’s looking forward to the chance to switch all of his focus toward settling in with RLL and preparing for 2018, he says that the memories from winning Indy extend far beyond the race itself – for all sorts of reasons.

“There’s one very interesting award I was given in Japan,” Sato said. “It’s ‘Car of the Year’…so usually, it’s given…to a car. It’s the first time it was given to a human being…”

Sato’s return to RLL will mark the first time that the team has run two full-time cars since 2013, when it fielded an entry for James Jakes alongside Graham Rahal.