Robert Kubica needs more time in a current Formula 1 car to prove his pace, according to Pirelli motorsport boss Mario Isola (pictured at right with Kubica).

The Pole appeared set for a Williams drive in 2018 before testing for the team during the tire test in Abu Dhabi at the end of November last year, which then saw Sergey Sirotkin become favorite for the vacancy. With Kubica not showing the level of pace Williams had hoped, Isola says the former Renault driver – who was severely injured in a rally accident in 2011 – delivered from a feedback point of view for the tire manufacturer.

“I believe that Robert is a professional driver with a lot of experience, even if he didn’t drive a Formula 1 car for a long time,” Isola told RACER. “But he has the feeling. Obviously I was asking him for some opinions on the tires and he has a precise idea on the performance, degradation, how to drive and so on.

“It is clear that if you take a driver who didn’t drive a Formula 1 car for six or seven years and the Formula 1 car he is driving is completely different to the one he left when he stopped because of the downforce, because of the tires, because of everything – he actually drove our tires in the beginning of 2011 in the pre-season test in Valencia, so it’s not completely true that he never drove our tires – he was able to adapt quickly.

“But you cannot pretend that any driver [in that situation] jumping in a car will be quicker than a driver who was involved in many tests or many races. Give him the time to adapt and to show us the full potential. I believe he is still a very quick driver.” 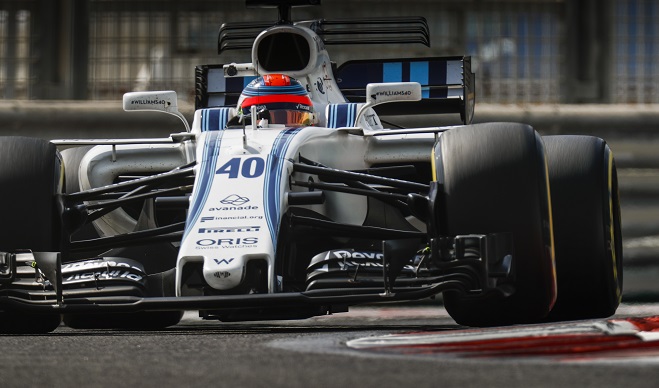 Isola says Kubica’s feedback was helpful for Pirelli because he was blunt with his assessments in order to help suggest improvements.

“In his comments he is very honest. He’s not trying to tell you BS. If he likes a tire he tells you, ‘I like this but I don’t like that for this reason or that reason,’ and it’s a perfect comment for us. We need to know. You don’t have to tell me ‘Yes, it’s good, but…’ just tell me it’s not good because we need to work on that. And then if it’s good, then it’s good to know that we have a good product.”