That’s a sincere message to you all, but also a theme I want to pick up on. The ticking over of the calendar from December 31 to January 1 is popularly seen as a significant moment in time, moving on from the past 12 months to a fresh year where things can be different.

In reality, like 364 occasions before it, it’s just another tomorrow. The same as tomorrow will be, and the same as the day after that, too. But I appreciate – and gladly use the excuse to enjoy – the way a new year is projected as being more important, because it can often lead to a time of change.

For Formula 1 in 2018, there’s actually very little change. Yes, there will be the Halo, and two new tire compounds from Pirelli, fewer power unit components and the return of the French Grand Prix, but that’s about it. You can count those aspects on one hand without even needing your thumb.

From a team and drivers’ perspective, even less will change. It has been an odd driver market in that loose ends were largely tied up much earlier than usual, mostly with the result that drivers stayed where they were.

Four of the six drivers at Mercedes, Ferrari and Red Bull signed new contracts last year. Three were out of contract at the end of the season, but they all remained where they were. Force India retained its impressive line-up despite a fractious relationship at times, and Renault and Toro Rosso both switched to their respective 2018 pairings before it was even 2018!

The highest-placed team to make a change to its driver line-up will be Williams, where it looks increasingly likely that Sergey Sirotkin [below] will be one of two rookies on the grid next year, with Charles Leclerc the other as he replaces Pascal Wehrlein at Sauber. In fact, those two rookies will be the only two driver changes compared to the grid that formed in Abu Dhabi in November. 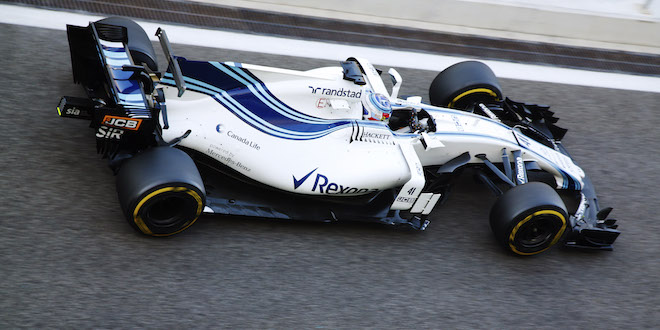 Change can be exciting, unpredictable and refreshing, but F1 has tended to shy away from the hire and fire culture of other sports until recent years. And in 2018 the status quo is a good thing.

At the very front, there’s no doubt that gaps closed down in 2017. Granted, Mercedes took another drivers’ and constructors’ championship double with plenty of time to spare (it now seems almost traditional for the team to be celebrating the constructors’ title success in a specific bar in Austin) but at every single venue there was uncertainty over who would win each weekend.

Even if Mercedes was favorite, Ferrari had a car capable of making a real race of it for most of the early part of the season, and even had certain standout tracks itself. Then Red Bull came to the fore in the latter stages with two wins from the final six races, ultimately running out of steam as it also ran out of engine mileage.

I was pretty critical of the way Sebastian Vettel handled last year’s title battle at times, but I wholeheartedly agree with him that Ferrari made huge strides in 2017. It doesn’t matter if that was largely down to the aerodynamic regulation changes: they are rules that the Scuderia responded to impressively, and as a result has given itself a strong platform to build on with this latest generation of car.

The same overall structures remain in place at the top three teams in terms of drivers and team management, and that should ensure that progress continues to be made. Mercedes’ recent achievements can’t be looked at negatively – to win across different regulations is hugely impressive – but both Ferrari and Red Bull are on the right track and don’t appear to require any sort of overhaul to continue closing in on the reigning champions.

I’ve previously written about how the situation could point to more Red Bull success in 2018, but such stability at the top three this coming year provides an excellent benchmark for those who have made changes or are expecting greater progress, too.

The biggest shake-up is from a power unit standpoint, with McLaren joining forces with Renault while Toro Rosso has its first works deal with Honda. For McLaren, three years of frustration are over and the stage is set for it to leapfrog the midfield runners. 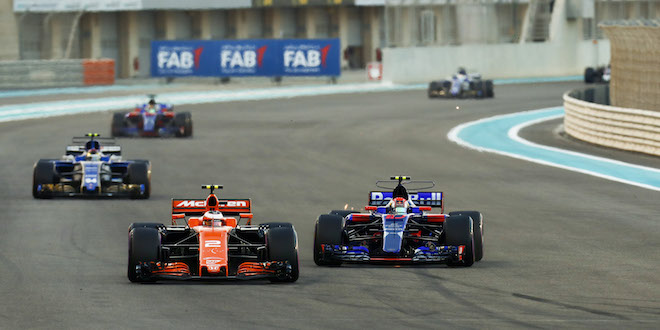 With most teams set to take the approach of evolution over revolution with their cars, McLaren has some relatively stable opposition against which to gauge its own improvement. Predictions based on last year’s car performance are to be able to challenge Red Bull, and McLaren knows it must now back it up. You pay your money, you take your choice…

If there’s a wildcard right now, Toro Rosso is it. The Honda power unit clearly improved during 2017 – the first year for this concept of power unit for the Japanese manufacturer, don’t forget – and ran reliably at the end of the year. Reliability is something Toro Rosso will have been craving, but it feels like performance could range anywhere from Ferrari’s level to comfortably adrift of the pack.

Sauber can probably lay claim to be the next least-predictable team heading into the new year, with a current specification Ferrari power unit set to provide an obvious step forward. By contrast, the Alfa Romeo partnership frees up additional funds that are less quantifiable in terms of how they will translate into lap time, but are certainly welcome.

With Renault having rocked the boat with its driver line-up during 2017, it too will enjoy a winter of stability that should be conducive to further progress for the French constructor – especially given its budget – and it will follow McLaren’s lead in using Red Bull as its yardstick.

That leaves Force India, Williams and Haas, and two of those teams can also claim to be moving in the right direction. For Force India, stability and efficiency have led to consistently impressive performances. Each year its past achievements look harder to beat, yet each year the team betters itself. To retain fourth place in the constructors’ championship next year would be its biggest success yet, and it would be foolish to write it off. 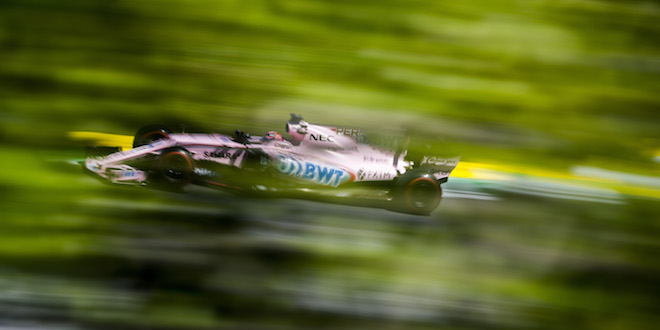 Haas, too, showed progress last year. As such a young team, its learning curve remains a steep one, and retaining the same driver line-up while looking to add new recruits in order to strengthen areas of weakness is exactly what is required. Any major changes could cloud what works and what doesn’t for the Gene Haas-owned outfit that still only has 41 grand prix entries to its name.

So, to Williams. Regardless of who the second driver is, a year’s experience will help two people in particular. For Lance Stroll, those flashes of quality seen in 2017 need to become more regular, but more importantly the young Canadian needs to improve his baseline performance level and avoid some of the lows he suffered in his debut year. At 19, he’s another one on a steep learning curve.

It felt like a bigger year of change for Williams last year with driver uncertainty and Paddy Lowe’s arrival, and it is Lowe who should now start having a bigger impact. F1 teams are such big organizations that even team leaders can’t walk in and instantly ring the changes. Lowe will have had a big hand in the 2018 car but also in the processes within the team, having had 12 months working inside it, and his influence will become more apparent this year.

Whichever team you’re a fan of, there are reasons to be optimistic. 2017 was a year of change, while 2018 is set to have similar ingredients, but both have the potential to deliver an exciting show.