McLaren youngster Lando Norris is keen to show his ability alongside Fernando Alonso when he shares the same car with the Spaniard during the Rolex 24 At Daytona.

Norris and Alonso will drive the No. 23 car along with Phil Hanson, providing the McLaren reserve driver with the opportunity to race alongside the two-time Formula 1 world champion. While Norris believes there will be plenty he can learn from Alonso, the 18-year-old also hopes there will be a competition element between the pair.

“Obviously I would like to do well, but I think it is a good opportunity for me to learn from him and I definitely don’t think I can let it go to waste,” Norris said when asked by RACER about driving alongside Alonso. “But at the same time I would like to prove what I can do, especially against him in the qualifying runs or whatever. Daytona is a team game so at one point I’m going to have to switch and we’re going to have to work together.

“We’re not going against each other but of course I would like to say it’s going to be a bit of a competition on who can do a better job in the practice and qualifying runs. Whoever has done the best then has done the best, but I think it’s just a good opportunity for me to learn not only from him but about everything, and then hopefully continue that into other categories and whatever I do.” 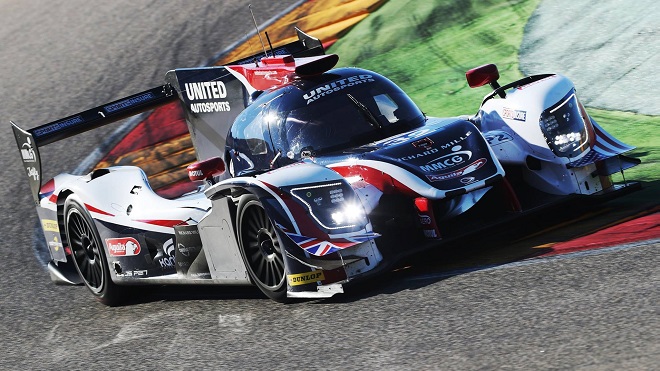 Having tested the United Autosports car at Paul Ricard back in November, Norris feels confident in the performance he was able to show on his first outing ahead of this weekend’s ‘Roar before the 24’ test.

“It was pretty good. We were quite limited on testing, we had a couple of problems so I didn’t get to do as much as I would have liked to have done, but I still have a bit of an understanding, so going into the Roar before the 24 I’m already more prepared than I would have been.

“It went well – I think the pace compared to the others is a bit hard to say because we weren’t running new tires at the same time or were running different fuel loads, so we don’t really have a direct comparison against [Filipe] Albuquerque, who was there and was basically the baseline. But against the others I think my pace was pretty good for my first day, so I think it should go pretty well in Daytona.”