The ball has dropped over Times Square. Confetti and other assorted debris cleared from streets all over the world.

Two days into January, I imagine New Year’s resolutions are already falling by the wayside. Those declarations of things we’re going to do, ways to improve, or anything else we think of to make ourselves feel better. It’s a beautiful tradition.

With 2018 now on the calendar, the NASCAR season is just around the corner with the February 18 Daytona 500. However, before the garage opens and the first engine fires, here are some resolutions for those in the garage. Let’s start with the champ.

I suspect this won’t be a problem for Truex, who is about as genuine and humble a person can be. Such a personality has made him a favorite in the garage. And his down to earth attitude and perseverance on and off the track is inspiring. 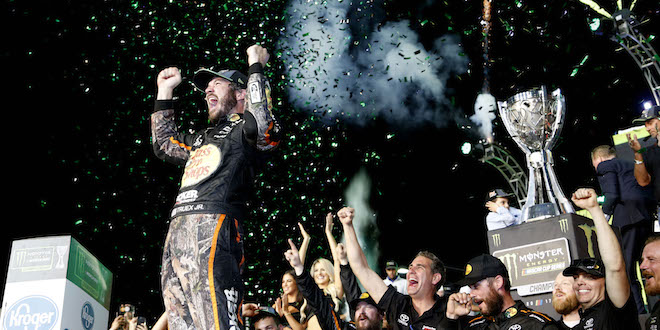 But success can change a person, and with the success Truex has had in the last two years with 12 wins and championship, some would expect him to turn into an egomaniac. Going through audio from Champion’s Week in Las Vegas I wasn’t surprised when Truex, who had just exited the stage after his speech, was told by a media member not to go changing on us.

Good to hear. Now, remember that during this year, Martin.

When I say this, I don’t mean Keselowski should stop speaking his mind. Quite the opposite, in fact. The sport needs Keselowski and other drivers who are not afraid to be open with their feelings and opinions. 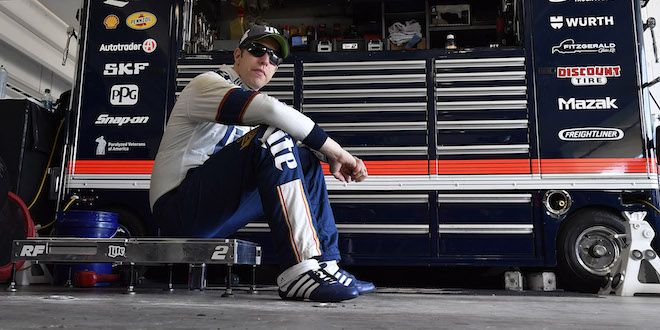 Except Brad had one narrative during 2017, and that was the advantage Toyota had. In trying to make his point about how far ahead of the competition they were, Keselowski made driving a Toyota sound pretty damn enticing.

Who remembered that Paul Menard is still an active Monster Energy NASCAR Cup Series driver? The 37-old has finished outside the top 20 in points the last two years and has just one Cup Series win – back in 2011. So, he’s not exactly popping up on the radar each week. 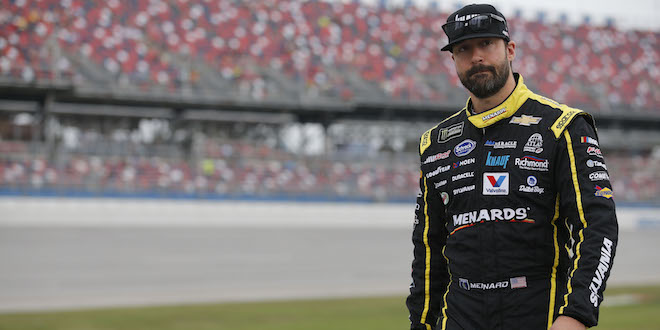 That is going to change this year. Menard is not only going to drive one of the sport’s most iconic cars in the No. 21 Wood Brothers Ford, but it’s a car and team capable of performing well. Menard needs to do his part and shine outside the cockpit as well.

Menard is a private person. I’ve got no qualms with that. However, the Wood family is outgoing and likes to have fun, and I would love to see Menard embrace the spotlight and show a new side of his personality.

Adam Stevens: Stay in your lane (or in this case, pit stall)

Admittedly, Stevens and members of the No. 78 Furniture Row Racing team getting into a squabble in the FRR pit box at Indianapolis was a fun highlight.

But as crew chief, Adams is the leader of his JGR group, and fighting with JGR employees pitting for Truex was a bad look. Rise above the hate. Lead by example when it comes to his group on the No. 18 team.
After all, his driver, Kyle Busch, is passionate enough for all of them and Busch isn’t afraid to get into it physical or verbally with anyone. It’s also more entertaining when he does it.

Working with someone for 16 years can wear on you, and Johnson and Knaus have gone through it all. Big wins, dominating seasons, disappointing seasons, a record-tying seven championships. They are the best in the business. 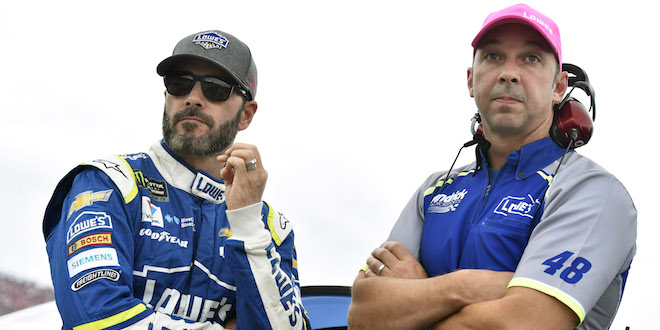 And yet it seems these two have been on each other more than usual in recent years, mostly heard on the No. 48 team radio. Granted, they are still having success, and there should be no panicking or overthinking this development. It’s just that the shine around these two wasn’t as bright, which perhaps might have been due in part to the less-than-stellar season Chevrolet and Hendrick Motorsports had in 2017.

But I still offer this resolution. It can’t hurt for the two to take a breath and maybe even have another milk and cookies meeting to remind themselves they are on the same page, are better than most in the garage, and enjoy stomping the competition as much as ever.

You pushed the limits, you got caught. No shame in admitting as much, since we are bound to have numerous inspection issues and penalties handed down again this year. The job is about working in the gray areas and seeing how far you can go. 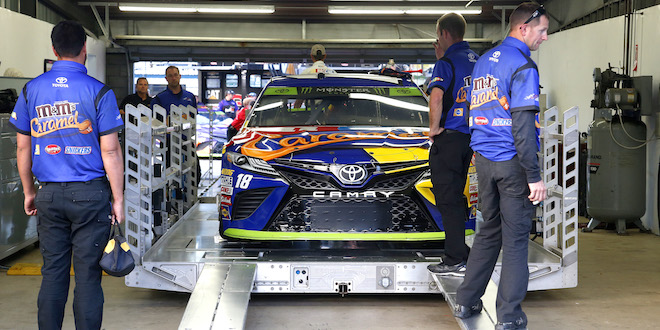 But the finger-pointing and trying to make it seem like you don’t do anything wrong is hilarious. Just admit it, you went too far. After all, it’s not lost on anyone all these penalties happen in the regular season and then significantly decrease when the playoffs start.

Doubt I need to explain this one. See you in Daytona. 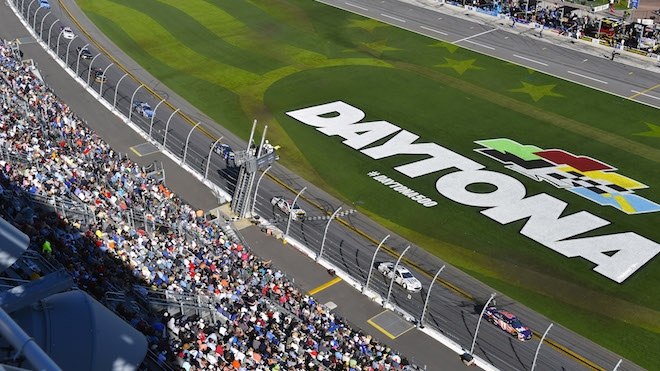