Daniel Ricciardo admits he is taking a risk by not finalizing his contract situation with Red Bull, in case he doesn’t perform to his best when negotiating with other teams.

Having spent his whole career as part of the Red Bull program, Ricciardo is about to enter the final season of his current contract and is waiting to see which teams have competitive cars in 2018. With Max Verstappen impressing since stepping up as Ricciardo’s teammate, the Australian acknowledges he needs to ensure his own level of performance is as high as possible to make himself a more attractive proposition to any suitors.

“Yeah I’m aware as well that there’s always a risk,” Ricciardo told RACER. “The longer you leave it, then if you’re not performing you’re looking less and less desirable race by race. But that’s where I’ve obviously got confidence in my approach and what I’m going to do – and I’ve got confidence that I will be performing.” 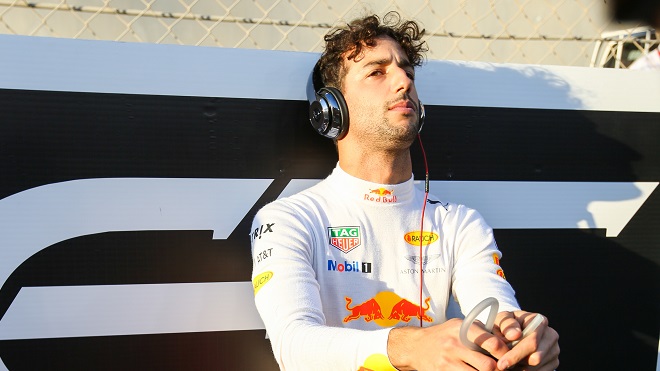 Ricciardo also admits he feels each new season carries a little bit of added importance as he seeks a championship-winning car at the age of 28.

“We’ll see what happens after the first little bit of the season. Every year feels like a make or break I guess, but obviously each year that passes… The older you get, the more you’re like, ‘OK, as opposed to when I had 10 years left in the sport now I’ve only got eight, or six, or four, or whatever.’

“So each year does tick by but as far as my performance side goes I’m not worried. It’s more that I want to be world champion before I’ve got gray hair.”

Verstappen signed a contract extension last year that takes him up until the end of the 2020 season, while Red Bull team principal Christian Horner warned Ricciardo that the team “won’t wait around forever” for him to make a decision on his future.