Just over a year ago, Jeremy Milless was coming off an impressive season with Josef Newgarden at Ed Carpenter Racing, but the little team with the big appetite had lost its star driver to Team Penske for 2017 so its engineer was looking around.

“I got a call from Andretti Autosport and they wanted to know if I was interested in running Alexander Rossi,” recalls Milless (with Rossi, below). “I’ll admit I didn’t pay any attention, so I had no idea about him.

“Then I called a buddy who worked at Andretti and asked what he thought and he said that Rossi was the next guy! So I took the job – and it turns out he was telling the truth.”

While Newgarden made headlines and stormed to the 2017 IndyCar title for The Captain, Rossi made a major move in the paddock. He went from a question mark to an exclamation point; from promising to producing; from a guy that might be reckoned with to a factor that most assuredly figures in the 2018 championship. That’s how far the 26-year-old Californian came in his second season of IndyCar racing.

“I never met the guy until he signed with Michael [Andretti] to run our fourth car, but I knew he’d won in GP2 so I figured he’d be good,” says Bryan Herta, whose coaching and strategizing helped Rossi win the 100th Indianapolis 500 in 2016 as a rookie.

“But he impressed me right away in the first test at Sebring, and I felt like he was going to be good. Is it too late to say I’ve been pleasantly surprised?” 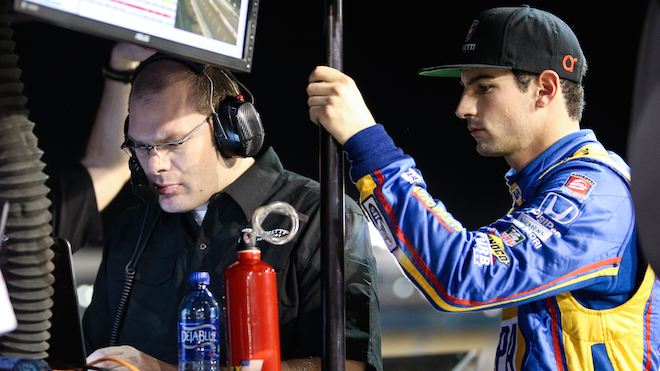 Even though Rossi won in GP2, GP3 and World Series by Renault, it’s always tough to gauge the talent of someone in an inferior F1 car. A few test drives with Caterham and his F1 debut with Murussia/Manor in 2015 didn’t do much for his career, so it was time to look back home.

Winning Indy on fuel mileage (even though he had the fastest lap of the race) also wasn’t enough to get Ganassi or Penske immediately salivating, and Alex actually fared better on ovals in 2016 than in his natural road racing environment.

But his second pass through the schedule, even with a new engineer, showed this kid had all the right stuff to be at the front. He had a good shot at winning Long Beach until his engine expired, started third and led 23 laps at Indianapolis before finishing seventh and qualified third at Texas before crashing.

“For sure, we didn’t start out as strong as we wanted, and we struggled for consistency,” says Milless. “One weekend we’d spank our teammates and the next weekend we’d get spanked, so it was frustrating.

“It’s hard to know what the car needs to go quicker, and we were learning each other, so the first half of the season was challenging.”

But the final six races are when things started clicking. Rossi never qualified outside the top 10, ran second at Toronto and third at Pocono (leading 44 laps) before delivering his virtuoso performance at Watkins Glen. 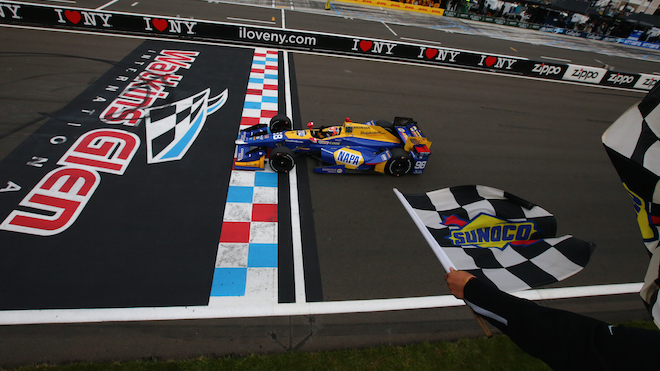 “He was fastest in every practice session, wins the pole and then leads the final 15 laps with Scott Dixon all over his ass and never puts a wheel wrong,” gushes Milless, who never seems to get too excited about anything. “That was pretty badass.”

Asked to describe what he learned about Rossi in their first year, Milless replies:

“Alex excels at high-commitment corners like [you see at] The Glen and Road America, and he’s super brave so you don’t have to build up for them. He’s on it right away.

“He’s also a really smart guy with a lot of savvy. He’s got a great memory, and just like Josef, he keeps lists that we compare after practice. He’s very meticulous. Very focused.”

Rossi finished seventh in the 2017 point standings, and Milless told team manager Rob Edwards he expects the results to keep on improving.

“I told Rob I expected Alex to win a race and a pole in our first year, and we did. Next year I think we should get two wins and a pole, and finish in the Top 5 of points. And by our third year together, we should be fighting for the championship.”

It’s all music to Herta’s ears, even though he’s moved over to Marco Andretti’s car full-time.

“I’m glad Alex is sticking around IndyCar, and with us,” says Herta. “I think he’s got a great future and he’s going to be winning races here for a long time. And he’s as serious as you can get. He’s here for one reason, and that’s to win.” 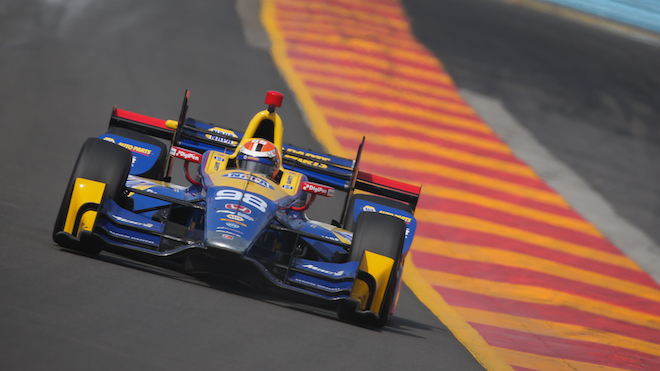