McLaren worked hard to maintain a good working relationship with Honda and avoid the sort of tensions displayed between Red Bull and Renault, according to Zak Brown.

2018 will see McLaren using Renault power units having brought to an end its partnership with Honda after three difficult seasons with the Japanese supplier. Despite switching to Renault – a company that has been through a number of public disputes with Red Bull during the V6 turbo era – the McLaren executive director (pictured above) has already stated he would be open to returning to Honda in future.

Asked if he had to work to keep the door with Honda open, Brown told RACER: “Yeah, 100%.

“Throughout all the difficulties – and there was lots of them for three years – our relationship always remained strong. They were as frustrated as we were. There was never ever finger pointing. I know there was the odd article where it was maybe taken a little bit out of context [but] at the end of the day Honda put their hand up, which is good when you know what the issue is, because it doesn’t start finger pointing. 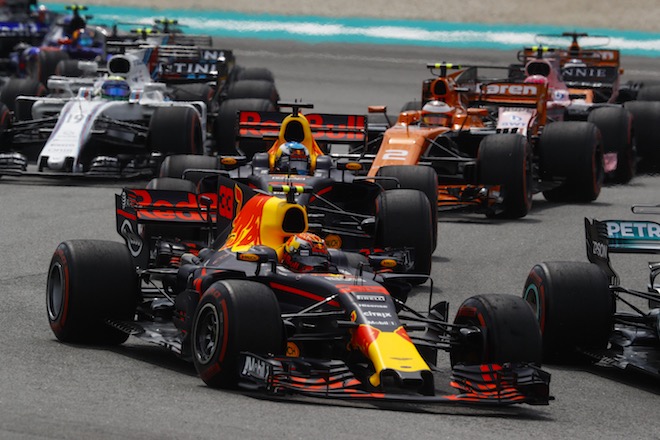 “But for all those reasons we want to be able to go and do business again with them in the future if that makes sense, and we still do a lot of business with them through McLaren Applied Technologies, so they’re still a customer.

“We could go race with them one day, and then also we want people to see how we conduct ourselves, because whether it’s Renault or another engine partner, they look at, ‘How does McLaren handle things when things don’t go well?’ And if you look at Renault’s other relationship in Formula 1, I don’t think that’s [good]. They’re winning races and they’re having heated exchanges on TV. We’re not finishing races and you’re seeing us shaking hands with Honda.”