Setback of Renault switch was recoverable for McLaren

Setback of Renault switch was recoverable for McLaren

A third season of struggle with Honda saw McLaren exploring the potential of a new power unit partnership in 2018, originally sounding out Mercedes earlier this year. Eventually it agreed to end its Honda deal early and signed a deal with Renault ahead of the Singapore Grand Prix in September, and Boullier insists the timing had little impact on the team’s development plans.

“It went very smoothly,” Boullier told RACER. “We maybe took a hit of two weeks at the most, but that’s very small and recoverable.

“[The challenge of integration] is going to be no bigger than it was with Honda. Renault is used to working with several teams, so they are very well organized for this and to be honest with you, it’s done today. All the engine and chassis designs are well integrated and now it’s just about car performance development.”

While Boullier is unwilling to put any kind of figure on the expected step forward from Renault now McLaren is developing a car with the French power unit in the back, he admits it has re-energized his team.

“It’s better to not say anything because you’re going to maybe create the wrong expectations and you’re going to upset some people. I think the best thing to do is to keep it to ourselves and show it on track next year.

“It does [motivate the team], and it does make everybody in McLaren a little bit impatient to be in Melbourne, yes.” 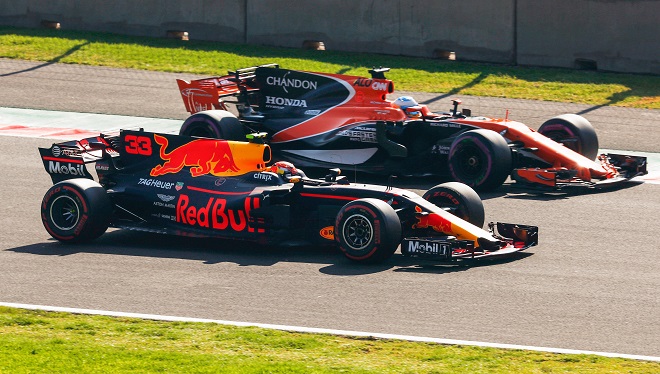 Boullier reiterated his desire to see the team fighting with Red Bull in 2018 but is wary of making too many judgments based on this year’s performance level of each chassis.

“I don’t know what they will do over the winter. Obviously there are a few aero changes in the regulations. They are definitely a reference, so for us it’s going to be a target and I would like to be in a position to challenge them next year.”