Daniel Ricciardo believes he was “too sensitive” at times during the 2017 season as he struggled to get to grips with Red Bull’s latest car.

The Australian finished fifth in the drivers’ championship but didn’t pick up a podium in the opening four races before a run of five podiums in a row that also included his remarkable victory in Azerbaijan. That success proved to be Ricciardo’s only win of the year while Max Verstappen took two victories, and despite beating his teammate in the final standings Ricciardo felt it was a challenging season in many respects.

“I certainly found out a bit about myself,” Ricciardo told RACER. “You do every year, but I think this year in ways was more testing than previous years. I think the cars initially, especially our one, was a bit more tricky to manage. I think earlier in the year I should have just dealt with it – I think we just tried to change it too much and try to get it perfect. The sooner we acknowledged that it wasn’t a perfect car, the sooner we were able to move on and just drive around it.

“So at times I was maybe too sensitive. It’s been a strength of mine in the past – I feel a lot with the car and can maybe get that last little bit through feeling or through dictating the setup, but it probably was a detriment to me at times this year.

“And I guess sometimes I got a bit frustrated. Saturdays are normally a strength of mine [but] they all didn’t go that well for me. I crashed a couple of times in qualifying and sometimes I probably let the frustration creep in a little bit too much. But these are normal things, not things I am worried about moving forward. I think I already addressed some of them but I’ll look to clean it up for 2018.” 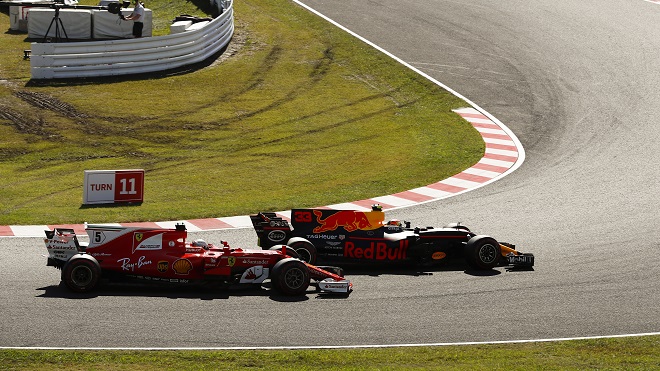 In fact, Ricciardo sees his qualifying struggles as actually paving the way for an area of improvement over the past 12 months.

“I think the racing [was a strength]. I think the desire on a Sunday. No matter how my Saturday went I always feel like I was able to get on the grid on the Sunday with a clear mind, put the Saturday behind me and just go all out on the Sunday and still manage to bring back what was maybe an average weekend into a good weekend. There were a few weekends like that which were awesome.

“The Saturdays were not always great, but the Sundays I was able to put it behind me and that was important.”