There has been a worrying trend coming out of Milton Keynes over the past four seasons. Ever since Red Bull won a fourth constructors’ and drivers’ championship double in 2013, the team has failed to score more than a solitary podium before the start of the European season. In 2015, it took 10 weekends for the team to score its first top three result.

Compare that to F1’s post-summer flyaways over the same period, when the team has generally built a momentum that made it a much more competitive prospect. Last season, from Singapore onwards – admittedly a much larger sample of seven races compared to 2017 – delivered one victory and six further podiums. This year, over that same spell following Monza, there were two wins and four more podiums.

This was meant to be Red Bull’s year. At least, Mercedes was looking far more closely at what Christian Horner’s outfit would produce under the new aerodynamic regulations than it was Ferrari, with Toto Wolff later admitting that the strength of the Ferrari challenge – and lack of one from Red Bull at the start of the year – was unexpected. 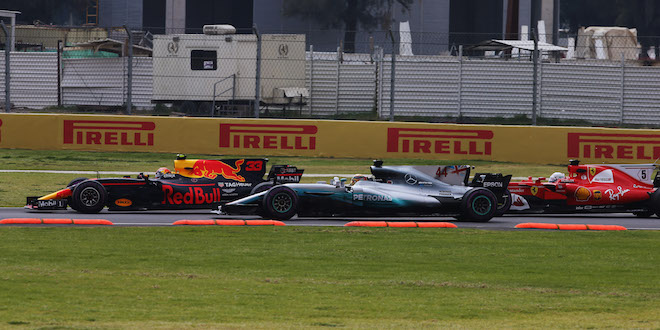 Just think back to how competitive Red Bull was in the final six races this year. A real threat for victory in Singapore and Japan, wins on outright pace came in Malaysia and Mexico. In the United States, Max Verstappen started 16th and showed speed that again suggested he was a genuine contender to win as he climbed through to third place before being demoted to fourth for illegally overtaking Kimi Raikkonen. Only in Brazil – where Red Bull ran its Renault power units conservatively – was it not really in the frame.

Such pace is impressive, but the season ended with Red Bull a massive 300 points behind Mercedes in the constructors’ championship, and 154 adrift of Ferrari. Horner’s team was even 100 points shy of its 2016 total, albeit with one fewer race than last season.

Correlation issues between the simulation tools and the circuit were highlighted as the main reason for Red Bull’s slow start to this year. So is it too simple to suggest the team will be an instant frontrunner in 2018 now those problems have been rectified? Horner doesn’t think so…

“I think what’s been encouraging has been our development, how much performance we’ve put on the car,” Horner told RACER. “Obviously reliability has been frustrating. We’ve had too many engine failures this year, which Renault are obviously aware of and working hard on, and that would have been potentially more frustrating had we been in a more competitive situation earlier.

“So what I’m hopeful of is the lessons we have learned from RB13 – this year’s car – we build on and incorporate the strengths into RB14, and at the same time, Renault hopefully closes the gap not only on performance, but also on reliability.”

With Red Bull suffering 13 DNFs with RB13 this season, compared to five for Ferrari (including a DNS) and a solitary one for Mercedes, Horner doesn’t judge the car’s performance on its final championship position. 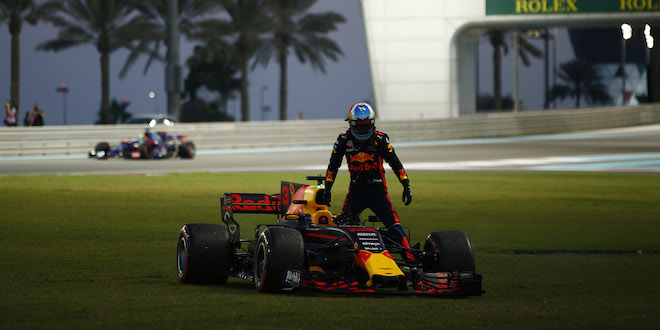 “I think if you look at it just purely objectively measuring it against the stopwatch, when you look at where we were in Melbourne to where we’ve been in the last couple of races, you can see that trajectory,” he says. “If you look at the delta to pole, you’ll see the type of development that we’ve had.”

The gap the Red Bull team principal is talking about was 1.297s to Lewis Hamilton in Australia where Verstappen qualified fifth, more than a second adrift of Sebastian Vettel’s Ferrari. The gap was even bigger in China, and was only less than a second once in the first four races. But in Abu Dhabi, the margin was 0.728s with Daniel Ricciardo splitting the Ferraris, was even smaller in Brazil, and Verstappen got within 0.1s of pole in Mexico.

Those are gaps that Horner is convinced Red Bull can reduce further from the outset in 2018, but the elephant in the room remains Renault’s power unit performance.

“Of course, we want to be in a competitive position,” Horner says. “Renault are working hard, they’ve got some talented people in their organization, and hopefully they’ll come up with a decent product for next year.

“The engine regulations have been around long enough now that one would expect there to start to be some convergence. That’s as important for Renault and its own grand prix team’s hopes as it is for Red Bull. So let’s see.

“Situations change quickly in this sport, we saw that with Ferrari and the jump they made between 2014 and 2015 with their engine. So we are just hopeful that our current supplier can do the same for next year.”

While Renault has already signaled its intentions to break with Red Bull after 2018 – something that might not be so straightforward due to contract conditions previously agreed upon Renault’s return as a constructor – Horner insists that what is perceived as a strained partnership on the surface is much more harmonious in the team garage.

“The relationship is fine,” he says. “Obviously there are some tensions with their upper management at times, who seem to get a little bit emotive, but the troops on the ground are doing an amazing job. The hand that they’re given at the track and what they have to deal with… I can’t speak highly enough of the challenges that they’ve faced this year and the way they’ve dealt with them. I’m sure as a better product comes for them it will only make their lives easier, as well.”

The strong end to this season makes it easy to understand Horner’s optimism for 2018. From Singapore onwards, Mercedes scored 233 points without a single retirement. Red Bull, by contrast, had four DNFs in the same period as it brought home 156 points. The car was a podium contender on all four occasions, and it’s not unrealistic to think around 60 points were left on the table in that spell.

For all of the pressure on Renault to close the gap, it really is a 50:50 split between the partners. If Red Bull retains its current level of chassis competitiveness from the start of next season and Renault can match the reliability level of Mercedes even without making a dent in the performance deficit then Horner’s team will be right in the mix from the word go.

If Renault improves to any significant degree relative to the other power unit manufacturers, the slow starts of recent years could give way to Red Bull once again becoming the team to beat. 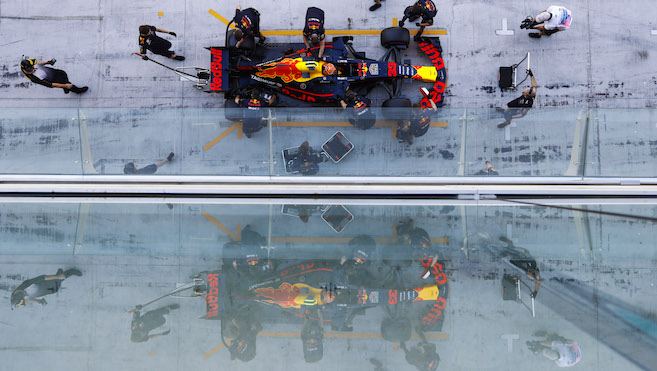