Carlin has confirmed that it will enter IndyCar next season with a full-time, two-car program for Max Chilton and Charlie Kimball, and Chevrolet power.

“We’re delighted to finally be able to announce our entry into the Verizon IndyCar Series, the result of a long-term ambition of the team,” team principal Trevor Carlin said.

“By no means do we underestimate the challenge and competition that lies ahead, but I have great faith in the young and passionate team that our team manager Colin [Hale] and I have put together.”

Chilton, who will be returning for his third season in the series, will again carry Gallagher colors, while eighth-year driver Kimball will continue his long relationship with Novo Nordisk. Both drivers spent the past two seasons working alongside one another at Chip Ganassi Racing before the team was pared down from four cars to two after the 2017 season.

For Chilton, the deal rekindles an association with Carlin that has already produced race wins in Formula 3 and Formula 2.

“Today’s announcement brings so much joy to everyone involved in making this a reality,” said Chilton. “Carlin being the first British team to enter the Verizon IndyCar Series in the modern era is a result of a lot of hard work and ambition following the team’s move into American racing a few years ago.

“I am super-excited for 2018, as Carlin is like family to me. Having raced with them on and off since 2009 and having had my most competitive years with the team, I know we can work toward great things in IndyCar.

“The Verizon IndyCar Series is exceptionally competitive, but the introduction of the new aero package will help level the playing field slightly. I know that finding the maximum in a spec series like this is where Carlin really excels.” 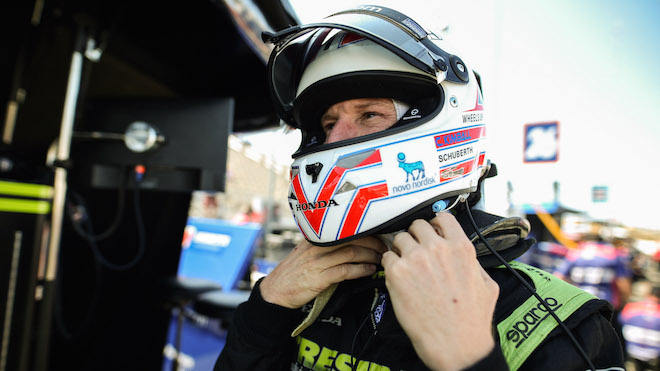 Kimball is also a former British F3 race-winner with Carlin, and later enjoyed success in the Carlin-run Victory Engineering Team in World Series by Renault. It was in the latter series that Kimball’s season with the British team was cut short when he was diagnosed with type 1 diabetes in 2007.

“They were a big part of launching my career when I raced in Europe and we had a lot of success together back in 2005 in the British Formula 3 Championship.

“It seems like everything fell into place at the right time to have this opportunity to work with Trevor and the whole Carlin team again. I’ve already got two years of experience working with Max as a teammate and I think our strengths and weaknesses will really complement each other as we begin this new adventure.”

Carlin laid the groundwork for its move into IndyCar when it arrived in the U.S. to compete in Indy Lights ahead of the 2015 season. Its IndyCar team will run out of the same race shop in Delray Beach, Florida that currently houses its Lights program.