An extremely rare liquid-blue 2017 Ford GT that was donated to the Evernham Family-Racing for a Reason Foundation will be auctioned for charity by Barrett-Jackson during the Scottsdale Auction from Jan. 13-21, 2018. Proceeds will benefit Autism Society of North Carolina’s IGNITE program, which offers activities, skills training and educational workshops that address the social, financial, educational and employment needs of young adults with high-functioning autism or Asperger’s Syndrome.

The auction will mark the first time a current-generation Ford GT has been donated for charity. The rare supercar, donated to Ray Evernham’s foundation by businessman Ron Pratte, can achieve a maximum speed of 216mph – the fastest Ford production vehicle on the track.

“We’re honored to sell the Ford GT in Scottsdale and bring some much-needed funding to the Autism Society of North Carolina’s IGNITE community center,” Barrett-Jackson chairman and CEO Craig Jackson said. “This will be another wonderful opportunity for Barrett-Jackson and the collector car community to give back to some incredibly deserving individuals.”

IGNITE was founded in part by Evernham, a 2018 NASCAR Hall of Fame inductee, to offer support to individuals with autism as they transition from high school to adulthood.

“I would like to thank Ron Pratte for his generous donation and Barrett-Jackson and Ford Motor Company for the opportunity,” Evernham said. “My son, Ray J, has Asperger’s Syndrome and at 26, he is fortunate to have benefited from IGNITE and to have strong family support. However, many of his peers do not. These young adults may be the next Einstein, Martin Luther King Jr., or person who cures cancer but we will never know if they don’t get the help they so desperately need.

“IGNITE is a program that I started to meet this significant gap in support for young adults. We named the program IGNITE hoping it would be the spark to create more of these programs around the country. This donation very well could be what we have needed to make that happen.”

Several historic Fords have been auctioned with Barrett-Jackson to support charity, including a 2007 Ford Shelby GT500, 2017 Ford Raptor, Ford Focus RS and 2016 Ford Shelby GT350. In this auction, Ford is also including a Ford Performance Racing School GT Experience, giving the winning bidder additional experience behind the wheel to improve his or her driving skills.

“We created the Ford GT as a way to innovate across our company while inspiring people around the world,” said Dave Pericak, director of Ford Performance. “Over the years, Ford has worked closely with the Autism Alliance of Michigan who, along with IGNITE, supports the efforts to help improve the lives of those with autism. Mr. Pratte’s donation to the Autism Society of North Carolina inspired us to donate an exclusive Ford Performance Racing School GT Experience, giving the winning bidder the ultimate driver instruction in the ultimate Ford Performance supercar.” 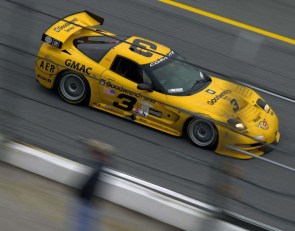 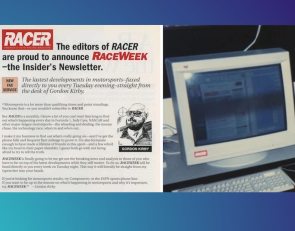