Mazda Team Joest has unveiled its No. 55 RT24-P Daytona Prototype international livery that incorporates its new partners and makes use of a revised font. 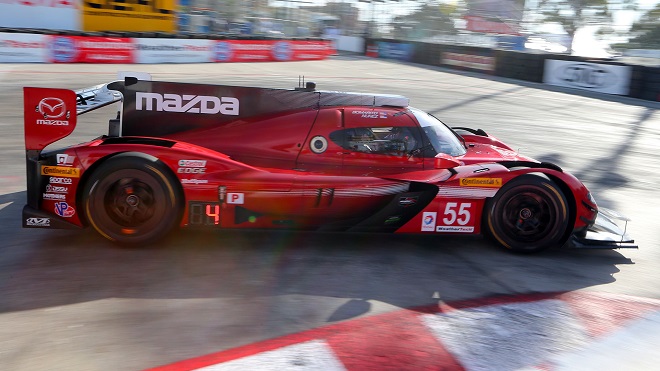 The most notable change from the 2017 livery (above, Pruett photo) comes with a removal of the white zipatone fade of white to black from the overhead air intake to the tall tail fin.

The Soul Red DPi will be joined by its sister entry, which could undergo a number change from 70 to 77, next week at IMSA’s mandatory test for manufacturers at Daytona. 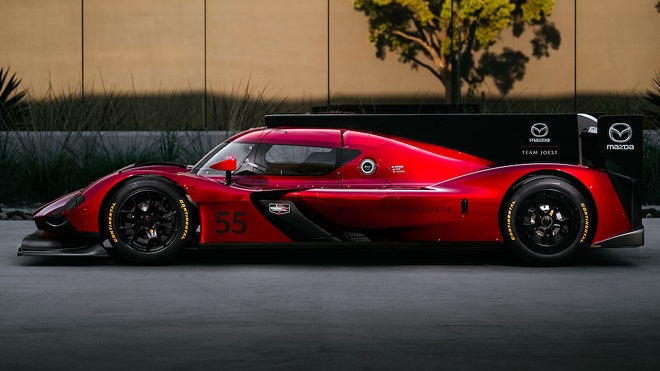 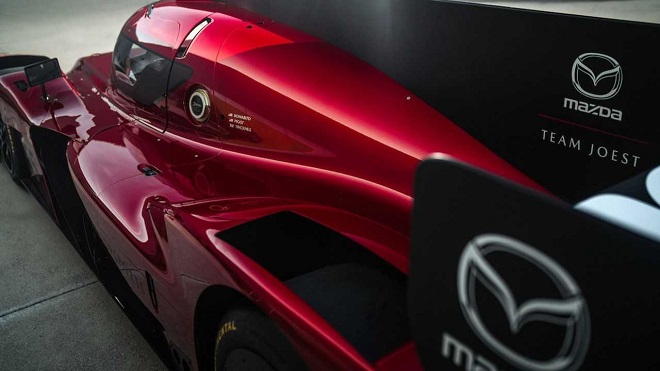