MEDLAND: Calm down, everybody

MEDLAND: Calm down, everybody

The way some people reacted last Sunday evening, you’d have thought Formula 1 had just announced it will become a spec series rather than unveiled a new logo.

No, it’s not a disaster. It’s a new logo. A disaster is hundreds of people being killed in an earthquake, not the change of an identifier for a sport.

Admittedly, those quotes above are not solely reactions from fans: the latter was actually overheard between two journalists giving their opinion to another before interviewing one of the team bosses. Inevitably, the question was raised to Toto Wolff, who simply laughed it off by describing the logo – somewhat sarcastically – as “mind-blowing”.

Formula 1 sometimes gets criticism for being too negative, and this is clearly one of those occasions. A logo that was nearly a quarter of a century old – however cool and iconic – was being changed, and the default response was that it was a bad decision by new owners Liberty Media.

Nobody likes change. I get it. But some of the anger consituted a massive overreaction. Drivers were asked for their thoughts, and echoed the same question asked by many fans: “What was wrong with the old logo?”

F1 commercial director Sean Bratches actually answered that question prior to the official unveiling of the new design.

“We hold in high regard the incumbent mark,” he said. “It’s served Formula 1 extremely well for the past 23 years, but in terms of where we’re taking the business and our vision for the business, the negative space in the ‘1’ doesn’t come through candidly in digital.

“In fact, if I had marked or polled the number of people who I have met and discussed the mark [with] since I’ve gotten here, many of them went years and years not understanding that the invisible space between the left and the right was actually a ‘1’. So we wanted to keep it simple and clear, and I think that’s important for our digital space. 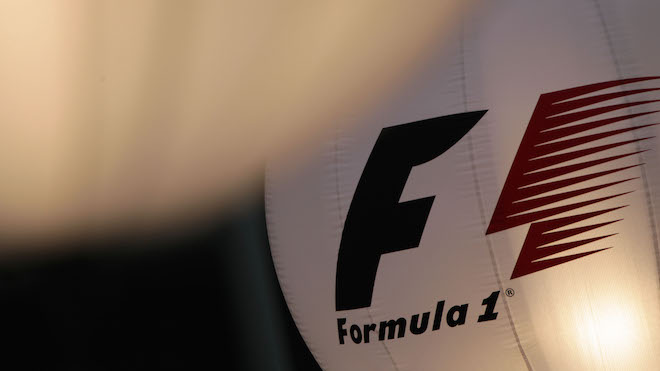 “Secondarily, as we develop and build a brand, particular in the world of licensing – and we do have an extraordinary brand which we feel fights at the high-end of everything we do – you really can’t stitch the chevron to the right.

“So as we are trying to re-position Formula 1 from a purely motorsport company to a media and entertainment brand with the heart and soul of a race car driver in the middle of it. I think your brand and your mark represents the spirit of where you’re going; it’s an identifier for consumers in terms of how they represent the company or the brand.

“The number of brands, particularly in this day and age, who are trying to simplify their mark to enter the digital space… if you look at Starbucks as an example, or Coca-Cola, which has taken the condensation off its logo to enter digital. We felt we had to go a little bit further to re-tool it to position us on a going forward basis.”

OK, so there’s plenty of jargon in there, but Liberty explained the limitations of the old design and the need for a new one. It isn’t change for change’s sake.

Just think what the world was like when the logo was introduced 23 years ago. There are so many new considerations now, and – like numerous other huge brands – F1 needed an update to make the logo work more effectively.

Liberty has invested millions in the sport already in order to put a structure in place that allows it to grow in the future. In its mind, the set-up it inherited was near its limit in terms of profitability, and money needed to be spent in the short-term to open up bigger gains in the long-term.

With the money involved to purchase the championship and the additional investment made so far to try and prepare for future growth in previously under-exploited areas, changing something as iconic as the logo is a decision that Liberty will not have taken lightly.

Liberty Media’s takeover of Formula 1 was the start of a brave new world for the sport. The reason ‘brave’ is included is because some decisions are difficult to make and won’t prove be popular, even if they’re needed.

When sports teams change their emblems they are rarely greeted positively, but that’s because something is never iconic the moment it is released. Status takes time, and the current owners see this latest effort being around for decades until it will inevitably need updating again depending on how the world evolves. As an aside, I doubt the previous logo would have received universal love if social media were so prominent when it was unveiled 23 years ago…

A logo is not F1’s issue, and the people developing the new brand – to be officially relaunched in March 2018 – have been employed for specifically that purpose. Their job isn’t, and never will be, to improve overtaking or make engines louder. 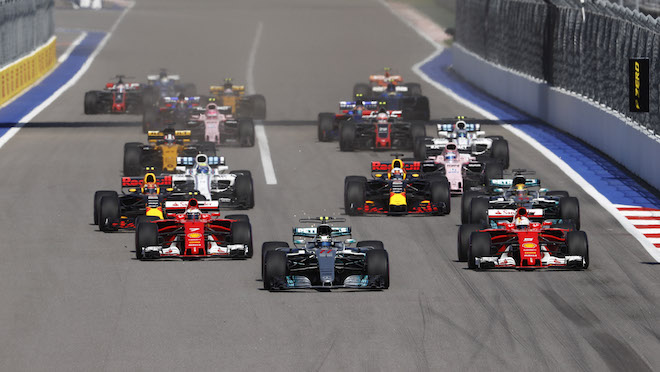 Those are items that the other side of Liberty’s management structure, led by Ross Brawn, are also addressing. The 2021 power unit proposal may not have been well-received by the current engine manufacturers, but there was an attempt to work on things that fans want as well as what Mercedes, Ferrari, Renault and Honda want. Brawn has also spoken of putting together a team capable of working with the FIA on future regulations to improve wheel-to-wheel racing.

At the end of a season when Formula 1 went from one dominant team to three different winners based on outright pace, and delivered cars so fast that they were breaking track records on an almost race-by-race basis, there has been plenty to be encouraged about for the future.

Whatever your personal feelings towards the logo (and despite the introduction of the Halo), if 2018 features Mercedes, Ferrari and Red Bull fighting it out for victories from the first race–- with McLaren and perhaps Renault as bigger threats – then the ensuing battle will help ticket sales and viewing figures continue their rise.

Fortunately, there are already plenty of examples of people moving on, with this story quickly being overtaken by the buzz around a potential return for Robert Kubica, and the return of the Alfa Romeo brand. Proof that it’s the on-track stuff that really matters.

At the time of Liberty’s takeover I ended a column with the line: “The big change has finally arrived, even if the full effects are unlikely to be felt for some time”. A new logo is a small change in terms of its influence on the product, so let’s hope Liberty remains brave in making the decisions that it feels are right for the future of the sport, regardless of knee-jerk reactions and social media hysteria.