Elfyn Evans has continued his supreme drive this evening and has extended his advantage at the head of the Wales Rally GB leaderboard after the last two tricky night stages. The Welshman has 53.1 seconds in hand, now over Sébastien Ogier despite the Frenchman going off the road in the first stage and collecting damage. Thierry Neuville has dropped to third a mere half a second adrift of Ogier while Ott Tänak fared the worst in the dark and has plummeted to a disappointing sixth.

The longest day of the rally was rounded off with two night stages in the Welsh forests but conditions were incredibly tricky as fog descended and seriously reduced visibility for some of the crews. This is where the leaderboard was turned on its head behind Evans.

Jari-Matti Latvala was the fastest through the fog-shrouded first stage but Evans was able to extend his lead by another 3.5 seconds with his chasing rivals largely dropping chunks of time. The flying Welshman was back on top in the final stage of the night, taking the win and another handful of seconds to head into the closing 42 kilometres of competition on Sunday with a commanding lead. Neuville, second going into the two stages, lost his hard-fought position in this stage and dropped to third, three seconds adrift of Ogier, but managed to claw back some of that time in the closing stage with second fastest time. Ogier may have moved from fourth to second in the first stage, but the Frenchman was lucky to escape reasonably unscathed after going off the road. He broke a wheel, got a puncture and shattered a brake disc, forcing him to make vital repairs on the road section. As a consequence he wasn’t able to push hard in the final stage but will be relieved to be back ahead of Neuville, albeit by such a slim margin.

Latvala’s charge through SS15 rewarded him with fourth position and he managed to pull out an advantage over Andreas Mikkelsen, the rivals split by 5.9 seconds tonight. Mikkelsen was frustrated his bonnet lights were too high in the foggy first stage, adjusted them and was then even more frustrated to find them too low in the second where there was no fog. Nevertheless, the duo are both still in the fight for the podium with Ott Tänak only 2.5 seconds further adrift in sixth. The Estonian’s third position rapidly changed in the fog but he too can still fight for the podium.

Kris Meeke found the first stage ‘hellishly tricky’ and then didn’t have a great run through the second after hesitating so much in the first one. He maintained seventh this evening however and is nearly 40 seconds ahead of Hayden Paddon. Esapekka Lappi admitted to being slow in the fog but the Finn is now ninth having overhauled Dani Sordo who dropped to 10th.

Pontus Tidemand continues to top the FIA WRC 2 Championship leaderboard and the Swede has nearly two minutes in hand to Tom Cave. Raphaël Astier also has a runaway advantage in WRC 3, over six minutes in front of Enrico Brazzoli. 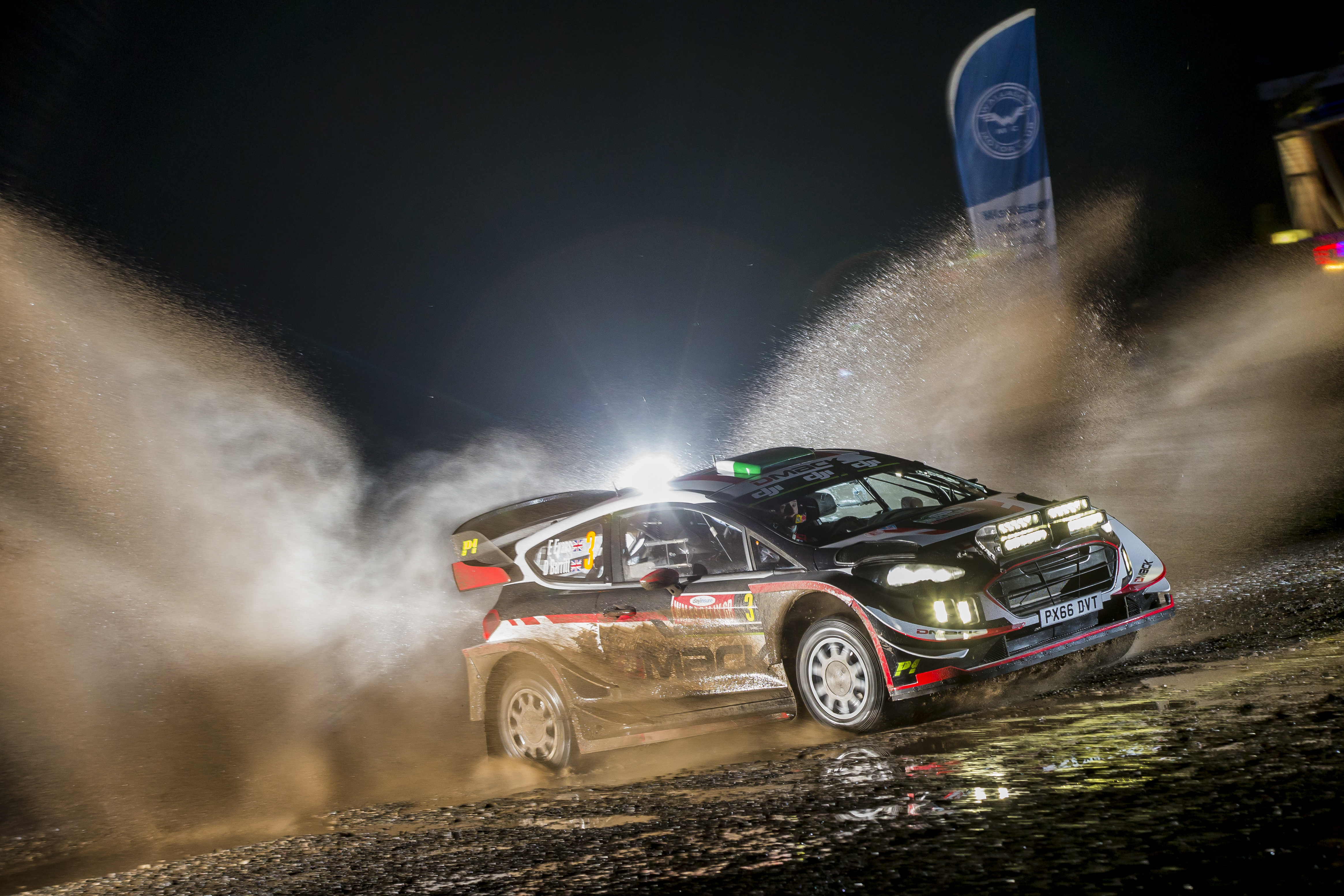