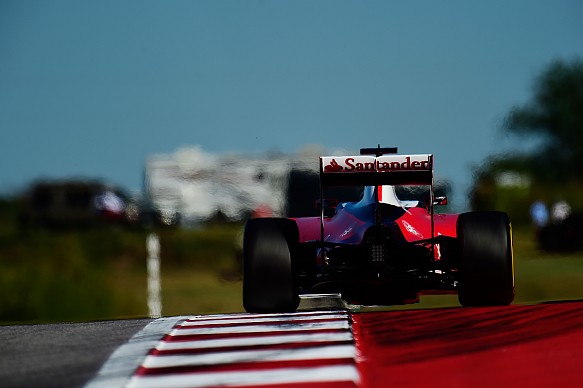 The Ferrari Formula 1 team is “on the back foot” after Friday practice for the United States Grand Prix at Circuit of The Americas, reckons Sebastian Vettel.

The German ended the day 0.8 seconds slower than pacesetter Nico Rosberg in fourth place. Vettel explained that a winglet becoming detached in practice one had a knock-on effect on the rest of his day’s work.

“It was a tough day,” he admitted. “This morning we had a problem with a little wing that failed and came off.

“We lost some track time and it was a bit costly for the afternoon because we couldn’t really rebalance the car. We’re a bit on the back foot today.

“I’m not entirely happy with the car balance yet; it’s a little bit too nervous all around. Usually on Friday you don’t see the full picture, so hopefully tomorrow we’ll be a bit stronger.”

Vettel’s teammate Kimi Raikkonen was back in 10th, having slid wide off the road on his first flying lap on super-soft tires.

“[It] looks worse because I went off on new tires and didn’t get a lap time out of it, but we had to work on setup and make it more where we wanted to be,” said Raikkonen. “It was a bit of a difficult Friday, we struggled getting the setup where we wanted but sometimes it goes like that. It’s not a major issue but obviously we have some work to do.” 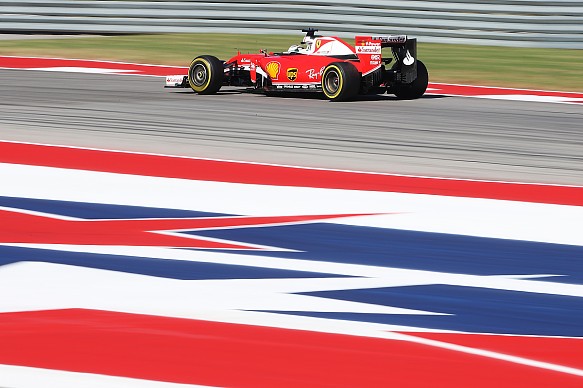 Ferrari is chasing Red Bull for second in the constructors’ championship, but was outpaced by its rival on Friday as Daniel Ricciardo split the Mercedes in second place. However, Vettel does not think Red Bull will be unbeatable for Ferrari this weekend.

“I think we have a chance,” he said. “Today, they were very quick. There is no doubt. Then again, it’s Friday. I wouldn’t worry too much. You never know what other people are doing.

“We didn’t have the best day. It will be very close and difficult to match them tomorrow with the speed they showed today but the Ferrari you saw today is not the Ferrari you will see tomorrow.

“If I trust 100% the car, with some things that I think will be better tomorrow, then I think qualifying can be very good and I’ll be able to squeeze hopefully a bit extra.”