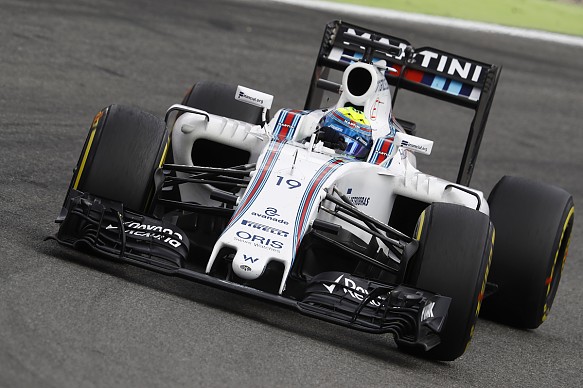 Williams is ready to recruit a star driver following its progress over the last couple of Formula 1 seasons, according to its technical director Pat Symonds.

The team finished third in the constructors’ championship in 2014 and ’15 and currently lies fourth with nine races to go this term. Symonds has previously said Williams would prioritize spending on development of its car over trying to secure a superstar driver. However, he now believes Williams is in a position to attract a big name driver and give them a car worthy of their abilities.

“In 2014, people were asking why don’t you go and get [Fernando] Alonso and things like that and I said no, we weren’t ready as a team and we weren’t ready financially,” Symonds said. “As a team now, I would welcome any driver.

“We can produce the goods but we’re not a big-budget team. One of the skills of a team like ours is to allocate resource correctly whether it’s human resource or financial resource and that includes the resource spent on drivers. So one would need a balance.”

It is believed Williams favors keeping Valtteri Bottas on for a fifth season with Jenson Button, Sergio Perez and Felipe Nasr also understood to be in contention for a seat.

Symonds said he is happy with the current line-up of Bottas and Felipe Massa, teammates since 2014, particularly with the new regulations coming in.

“Continuity is an important thing, particularly when you’re moving into a relatively new set of technical regulations, but you can’t have the same drivers forever,” he said. “Because we have two equally matched drivers, I hope we keep at least one of them, if not both. I’d be happy if we had both of them.

“Being in racing for 40 years, I’ve had a lot of years where I have had one really good team driver and one not so good. I’ve had years where I’ve had two that were not so good. I honestly think the last three years I’ve never had two drivers who have worked together so well and are such good team members. It’s taken me a long while to get to that joyous place.”