WRC: Tanak pulls away in lead of Rally Poland

WRC: Tanak pulls away in lead of Rally Poland 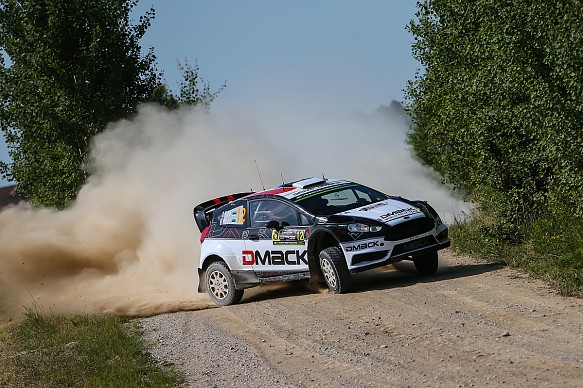 A combination of the DMACK tyres working well, choosing hard tires while the Michelin runners focused on softs and Tanak running eighth on the road on a much dustier day than Friday all helped the Ford driver to dominate.

Andreas Mikkelsen, third in the start order, remains his closest rival in the best of the Volkswagens. Hayden Paddon kept the pressure on Mikkelsen for second, closing briefly mid-morning and sitting 6.9s behind heading for the midday tire zone.

World Rally Championship leader Sebastien Ogier was back to being enraged by the running order rules as the loose surface proved much more costly on leg two’s stages.

Thierry Neuville and Jari-Matti Latvala were both able to demote Ogier, with Latvala showing better pace through the morning as he finally found confidence and a good rhythm after a very underwhelming Friday.

Stephane Lefebvre took charge of the battle of the PH Citroens with quick times – including second overall on the concluding Babki stage – pulling him 11.9s clear of teammate Craig Breen and to within 3.8s of Ogier.