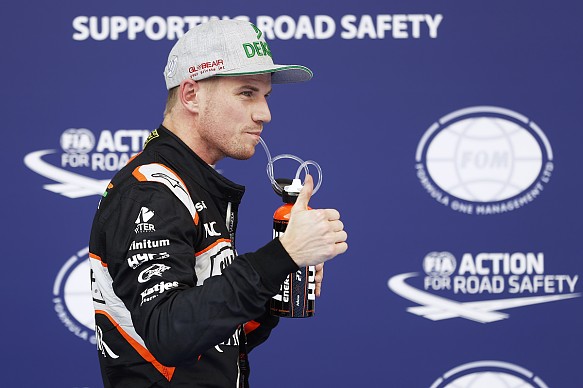 Nico Hulkenberg has retained his front-row start for the Austrian Grand Prix following an investigation by the Formula 1 stewards into a qualifying incident.

In changing conditions in Q3 at the Red Bull Ring, Hulkenberg timed his final run to perfection in his Force India to set the third fastest time in qualifying, which puts him second on the grid thanks to a grid penalty for Nico Rosberg.

Hulkenberg, however, was under investigation for failing to slow for yellow flags earlier in qualifying when Carlos Sainz Jr. pulled off track after the engine in his Toro Rosso blew, but the Force India driver was cleared of any wrongdoing.

A statement from the stewards read: “Although the driver went ‘green’ [setting a personal best time] in the sector where the double yellow flags were displayed, the telemetry clearly demonstrated he had decelerated on approaching the flag point and that his speed reduced in the yellow flag sector.”

Asked about his chances for the race from his first front row start since claiming pole position in Brazil in 2010 with Williams, Hulkenberg said: “It’s going to be a busy and hard afternoon. The cars behind us are pretty quick, so they’ll be putting pressure on us.

“We’re not bad, so it will be interesting to see. I hope we can put up a fight with them and hold them off.”

No further action was also taken against Renault’s Kevin Magnussen, who was investigated for the same reason. Renault teammate Jolyon Palmer, Manor driver Rio Haryanto and Sauber’s Felipe Nasr, meanwhile, have all been handed three-place grid penalties for their own yellow flag infringements.

With Nasr last on the grid anyway, Palmer will drop from 18th to 20th, while Haryanto falls from 19th to 21st.

The stewards’ statement for all three drivers read: “The telemetry clearly showed the driver made no reduction in speed and was at full acceleration through the yellow flag area.

“Notwithstanding the fact the driver could see the disabled car 55 (Toro Rosso’s Carlos Sainz Jr) on the side of the track, the regulations are clear that on display of double-yellow flags a significant reduction in speed must be made. This did not happen in this case.”

The stewards then added: “It is noted by the stewards that there appears to be a lack of understanding of the requirement for a significant reduction in speed where double yellow flags are displayed. Drivers should not assume that what is in their field of vision is the only hazard to which the flags refer.”

In the case of Haryanto and Nasr the stewards recorded the fact “the driver was open and honest in his acknowledgement of the breach.” 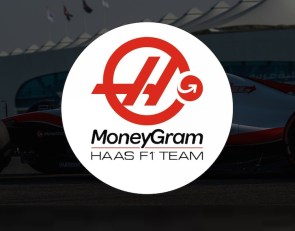