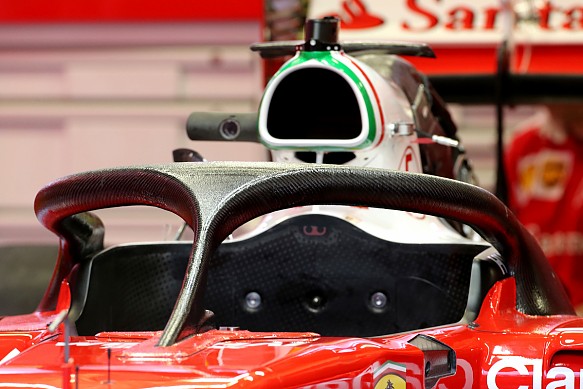 Autosport understands no difficulties were encountered, with timing in terms of a driver being able to remove himself from the cockpit of the car of obvious importance should he be involved in an incident.

Ferrari was assisted in the exercise by a handful of Austrian GP marshals.

The device has been remodelled since its debut in pre-season testing at Barcelona when Sebastian Vettel and Kimi Raikkonen both conducted an installation lap on successive days.

Ferrari has modified the halo since then, with it now made of titanium, making it lighter but just as robust, and also altering the design of the structure.

Ferrari will again run an install lap with the halo attached at the start of the first practice session for the race in Austria, with Vettel at the wheel.

However, as part of an ongoing process in terms of development, further testing is planned for the British Grand Prix weekend.

That will follow the latest Technical Regulation Meeting next week, with the halo prominent on the agenda.

Further improvements are still required and another update – effectively ‘halo 3’ – is planned prior to its introduction on all cars for 2017, with the FIA expected to give the green light at some point before the summer break.