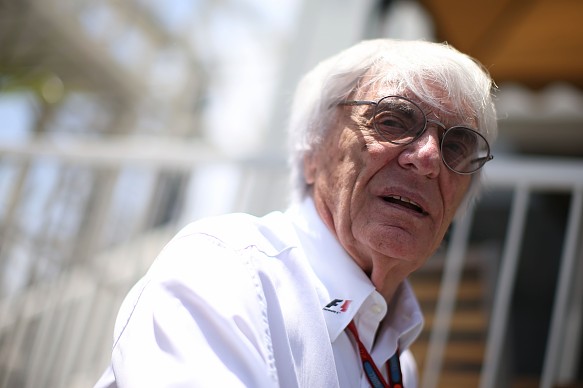 Ferrari, Red Bull, McLaren and Mercedes receive bonus payments in return for signing the current bilateral agreement, which runs to 2020.

There is also an additional longstanding payment for Ferrari, plus other fixed prize fund payouts such as a heritage bonus for Williams and negotiated payments for Red Bull and Mercedes.

Speaking to reporters in Austria, Ecclestone said: “It’s going to be sorted out in a way where the chunk of money they get on top, they won’t get … well, they’ll get it if they win.

“We can’t pay the people if they are not winning and what I don’t want is to pay people what would effectively be start money.”

Mercedes boss Toto Wolff, who had just had a meeting with Ecclestone before the two held an informal briefing, added: “You incentivize to invest and if you invest and if you win you have access to a larger [prize fund].”

Ecclestone believes the new system will be fairer for the smaller teams, who have long complained that the distribution of prize money is unfair.

“At the moment they have no chance with this money that we give them,” he said. “But we are going to make sure they are in a position where they do [have a chance] if they perform.

“We sort of look after, if that’s the right word, four or five teams [under the current bilateral contracts] because they have had a long-term commitment with us and they signed four or five years ago to stay until 2020.

“So they needed something for doing it.”

Wolff suggested the deal Mercedes struck in which it earned its bonus payment for winning two constructors’ championships could be a model for what is implemented.

“Maybe the model Mercedes got in 2012 is a base for how it can be in the future,” he said. “We got an additional prize fund because we performed. We got a hurdle built in: If you win those championships, you can increase your income.”

Ecclestone said he hoped to “get something sorted out this year” with the expectation that the new rules would come into force in 2021.

Should a new structure be introduced before 2020, it would require all the teams to agree.

It appears talks are still only at a very early stage as when asked if he wants to get rid of historic bonus and prize money bonus, Ecclestone said: “Yes. No bonus. Everyone is in the same boat.”

But later in the interview, he said: “Let’s have a look at it, Ferrari has been with us since F1 started so they should get something for that.”