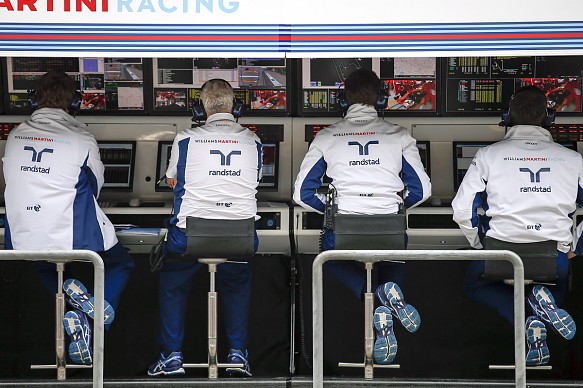 Sebastian Vettel has criticized Formula 1’s radio restrictions, but several other drivers say they are fine with the new rules for 2016.

Rules introduced for this season restrict a team from aiding the driver to solve a technical problem, unless a failure is imminent, so drivers must memorize processes and sequences they need to go through.

But the regulation has drawn criticism, with Lewis Hamilton saying it damaged the spectacle in the European Grand Prix as it stopped him curing a technical problem and fighting at the front.

“I’m not a fan,” said Vettel. “It doesn’t make any difference to how quick or slow we go. If you step on to the plane coming here, the pilot in the cockpit has a checklist. Now if you forbid that, what’s the point? He might forget something and it might not be so good for you as a passenger and that’s bad news.

“For us, it’s the same thing; it doesn’t mean we crash, or something bad goes wrong, but it doesn’t make us any quicker if we know which changes we have to do. You can argue we should memorize, talk about it beforehand, and some probably do more than others.

“But Formula 1 is about going as fast as possible, not remembering everything you’ve heard half a year ago, the day before, whatever.”

However, a number of drivers said they had no problem with the new regulation.

“It’s fine,” said Kimi Raikkonen, who had an electronics issue in Baku but his Ferrari team were unable to help him.

“There are certain situations you might have some issues that you want to talk but rules are rules and they’re the same for everybody. It wasn’t really any big issue.”

Daniel Ricciardo agreed with Raikkonen and said: “In terms of engine modes and things like that, there’s a lot to do but we do know, or we should know at least where it all is. We’ve just had to adapt to it but it’s been OK.”

Nico Rosberg believes the rule has been a success because the race is now more challenging for a driver.

“The goal of these rules is to make it more challenging for the teams and drivers out there,” he said. “There’s always going to be problems, that’s why we had what we had in Baku, which is what we wanted to achieve with these rules. The fans were complaining that we’re puppets out on the track and we’re just doing what we’re told.

“It’s more challenging for us out there, we’re going to be further away from perfection as a result as we saw, so it’s OK.”