Corvette Racing has returned from across the Atlantic and is set to resume its GT Le Mans (GTLM) campaign in the IMSA WeatherTech SportsCar Championship this weekend at Watkins Glen International. The Sahlen’s Six Hours of The Glen is the fifth IMSA event for Corvette Racing and kicks off a run of three events in four weeks.

The upcoming stretch could play a large role in determining the GT Le Mans championships for drivers, manufacturers and teams. Entering Watkins Glen, Corvette Racing drivers Tommy Milner and Oliver Gavin – in the No. 4 Mobil 1/SiriusXM Chevrolet Corvette C7.R – lead the Driver’s Championship on the strength of victories in the Rolex 24 At Daytona and the Mobil 1 Twelve Hours of Sebring to open the season.

Those two – like the Sahlen’s Six Hours – are rounds of the Tequila Patrón North American Endurance Cup. Gavin and Milner lead the GTLM standings as well in that competition, which is a four-race championship consisting of Daytona, Sebring, Watkins Glen and Road Atlanta’s Petit Le Mans.

Chevrolet leads the full GTLM Manufacturer’s Championship, as does the No. 4 Corvette Racing entry in the Team standings.

In the No. 3 Corvette C7.R, teammates Antonio Garcia and Jan Magnussen are past winners at the Sahlen’s Six Hours. They won the 2014 event in Corvette Racing’s first appearance at Watkins Glen and are coming off a seventh-place class finish at the 24 Hours of Le Mans alongside Ricky Taylor.

Garcia and Magnussen have been in contention at every GTLM race this season and were second to the No. 4 Corvette at Daytona in the event’s closest finish in history. As a result they are third in Endurance Cup points heading to The Glen.

The 2016-spec Corvette C7.R is an updated racecar due to changes in Automobile Club de l’Ouest regulations for top-level GT cars that compete in the IMSA GTLM class. There are a number of aerodynamic changes including a larger splitter at the front and diffuser at the rear of the Corvette. Side skirts and a repositioned wing also are among the most notable changes, along with updated safety features that are now mandated on all GTLM cars.

The powertrain on the Corvette C7.R is unchanged from 2015 with a 5.5-liter V-8 Chevrolet small block powering the race car. The Corvette C7.R will use E20 fuel during the IMSA season.

The Sahlen’s Six Hours of The Glen is scheduled for 10:10 a.m. ET on Sunday, July 3. It will air live on FOX Sports 1 starting at 10 a.m. ET 1 with audio coverage from IMSA Radio is available on IMSA.com.

The Sahlen’s Six Hours of The Glen will feature a very heavy presence of both Chevrolet and the Corvette brand. On the race track, the Corvette Daytona Prototypes and Corvette C7.Rs for GTLM will be joined by a Corvette Z06 production vehicle, which will serve as the weekend’s pace car.

In addition, the Corvette Racing display will be on-site and features a number of attractions and products for any Chevrolet fan. Must-see items include:

• Exciting, top-of-the-line Chevrolet vehicles including the new 2017 Corvette Grand Sport and the Chevrolet Camaro – the 2016 Motor Trend Car of the Year

• Samples of Chevrolet engines, performance parts and accessories available to fans for purchase from their local Chevrolet dealer

• Commemorative t-shirts for fans who sign up with Corvette Racing.

The Corvette Racing display opens at 9 a.m., Friday, and 8 a.m. Saturday and Sunday.

ANTONIO GARCIA, NO. 3 MOBIL 1/SIRIUS-XM CHEVROLET CORVETTE C7.R: “It is a short turnaround from Le Mans but we have the best team to get our cars ready. Watkins Glen ranks high on the list of favorite tracks for just about all drivers. It has speed and a lot of heritage. Jan and I were fortunate to win there together before in the Six Hours; we’re hopeful that another will jumpstart our season. Our Corvette has been quick all season in the WeatherTech Championship. We need one complete race with good execution and we’ll be in great position.”

JAN MAGNUSSEN, NO. 3 MOBIL 1/SIRIUS-XM CHEVROLET CORVETTE C7.R: “I’m looking forward to going back to Watkins Glen. It’s been repaved and from what I hear it’s even faster. That’s the most appealing things to me about Watkins Glen. It’s similar to CTMP where it’s an old-school fast racetrack. It’s a fantastic feeling driving around. Watkins Glen is super-enjoyable and absolutely one of my favorites. It’s a real driver’s circuit.”

OLIVER GAVIN, NO. 4 MOBIL 1/SIRIUS-XM CHEVROLET CORVETTE C7.R: “Our focus now shifts back to the WeatherTech Championship and holding our championship lead. Watkins Glen has always been one of my favorites. I’ve heard they’ve done an amazing job with the resurfacing there. It’s going to make the track super-fast, which is always great fun. So we’re looking forward to getting back in North America, continuing with the championship and seeing what the next few races bring us.”

TOMMY MILNER, NO. 4 MOBIL 1/SIRIUS-XM CHEVROLET CORVETTE C7.R: “When I was growing up, the three tracks I remember were Daytona, Sebring and Watkins Glen. It’s one of the ones where I haven’t won. We’ve had great run so far this year with our Corvette in the endurance events with the wins at Daytona and Sebring. So we are in a good position. It’s super-fun to drive and really quick. I’m excited to get there and see what the track is like with the new surface. We have a championship to be concerned about, so a win would be great. Le Mans is always such a big draw, and a lot of energy and effort goes into that. But now that it’s over, all the focus goes back to the U.S., and our main job there.”

DOUG FEHAN, CORVETTE RACING PROGRAM MANAGER: “The effort of everyone at Corvette Racing to return from Le Mans and have both our Corvette C7.Rs prepared and ready for Watkins Glen shouldn’t be overlooked. That is just another example of how this program responds to challenges – we meet them head-on. We’re all looking forward to returning to The Glen, which should be even quicker with the all-new surface. We have had some success at Watkins Glen in the past, and our endurance record speaks for itself. We’ll be ready!” 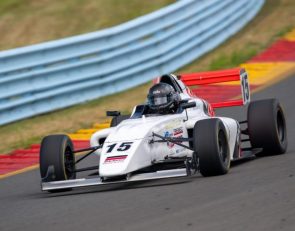 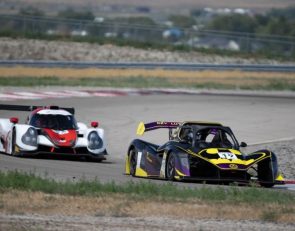