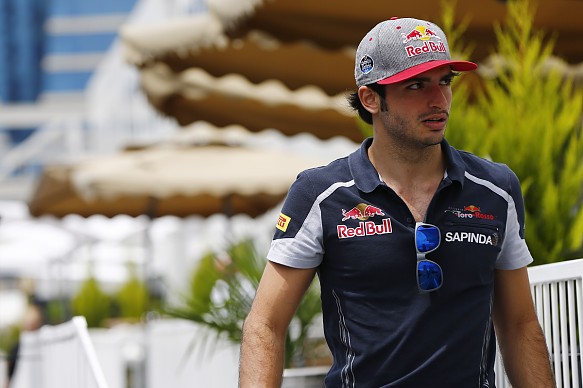 Carlos Sainz Jr will continue with Toro Rosso for the 2017 Formula 1 season.

The option has been taken up on Sainz’s contract for next year, which means the Spaniard will drive for Toro Rosso in F1 for a third consecutive campaign.

Red Bull Racing team principal Christian Horner said: “We took up his option earlier this week, so he is committed to Red Bull for an extra 12 months. As with all the drivers they are contracted to Red Bull Racing, and then we have the ability to place them where we want.

“Of course, he is currently at Toro Rosso which is where he will be next year. We had until the end of the year to take up the option, and we chose to do it early to put his mind at rest.”

Horner does not anticipate Sainz being partnered with a new teammate, suggesting Daniil Kvyat will be retained. That is despite the problems encountered by the Russian earlier this season which led to his demotion as Max Verstappen was promoted to Red Bull.

“I’d be surprised [if Sainz did have a new teammate],” added Horner. “Dany is continuing his development, you can see he is finding his feet now, and there is not an obvious candidate knocking on the door at the moment that would warrant that seat.”

Horner concedes it to be “a luxury issue” Red Bull has so many talented drivers available, and he added Daniel Ricciardo and Max Verstappen will be on board until the end of 2018.

“It’s great for us to have a driver development programme that is producing talent like Ricciardo, like Verstappen, Carlos as well, and of course Dany Kvyat,” said Horner.

“We are not short of talent in our stable, and now we are set at Red Bull Racing for the next two and a half years.”