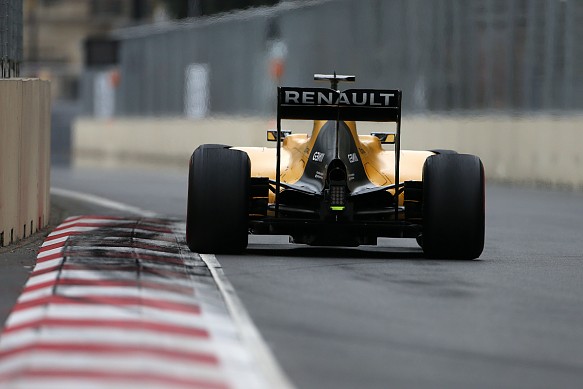 The French manufacturer purchased Lotus to revive its works outfit this season, but the delay in confirming the takeover left the 2016 car underdeveloped. Kevin Magnussen and Jolyon Palmer were the two slowest drivers in Baku qualifying and Renault has scored just six points this term, leaving it ninth in the constructors’ championship.

“It is difficult and maybe more difficult than they thought because of the late decision [to buy Lotus],” said Prost, who serves as a brand ambassador for Renault. “I was expecting maybe a little bit more performance but not much more.

“The problem is not what you can see today, the problem is more how you try to understand why it’s not working so well today until the end of the year.

“It is how you manage to get the people happy and motivated until the end of the year and to manage to get the best car possible for 2017. If they were three or four tenths quicker than what they are, it doesn’t make a huge difference.

“It’s not very nice but you have to accept that if it’s a long-term program – sometimes it’s not going to be that good [in the short term].”

Prost says Renault’s lowly position in the championship makes it difficult for the manufacturer to make a call on when to switch resources to 2017.

“Do we continue to try to develop ’16 or you go directly to ’17? That is a difficult decision to make,” he said. “When you are so low, it’s not that easy. It’s easier to make it when you are in the middle of the field or a little bit more at the front.”

Prost also concedes there will be short-term pain while Renault goes through its rebuilding process with new staff joining as it will take time for the team to gel.

“When I was at my team [Ligier/Prost], OK it was a long time ago, but we started with 65 people to 200 people, which is very low,” he said. “But even from 65 to 200, it’s quite difficult to make things work and get the people coming at the same time.