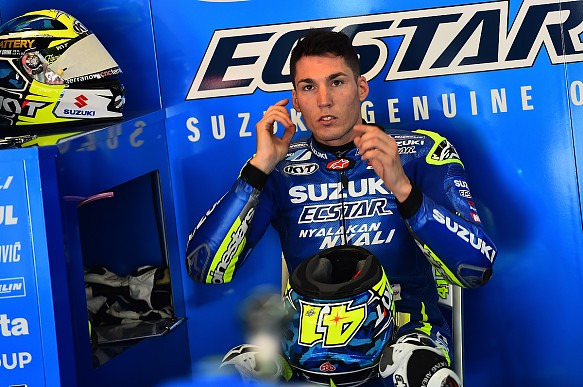 Aprilia has confirmed it has signed outgoing Suzuki rider Aleix Espargaro for the next two MotoGP seasons.

The Spaniard joined Suzuki when it returned to MotoGP in 2015, and its rapid recruitment of Andrea Iannone to replace the Yamaha-bound Maverick Vinales did not sit well with Espargaro.

Suzuki last week completed its line-up for 2016 by signing Moto2 title contender Alex Rins. Espargaro’s move to Aprilia was expected to be announced on Thursday on the eve of the Dutch TT but it eventually arrived after Sunday’s race. He will partner Briton Sam Lowes, who is third in the Moto2 standings.