Formula 1 has been left in a “ridiculous” situation because of the current radio communication restrictions that have led to “childish” messages, says Jacques Villeneuve.

The FIA has this season chosen to rigorously enforce article 27.1 of the sporting regulations that states “the driver shall drive the car alone and unaided”, meaning fewer instructions from the pitwall are allowed. But Lewis Hamilton said the rules damaged the spectacle in the European Grand Prix as it stopped him joining the lead battle because his team could not tell him which engine mode to change to make his car more competitive.

His team boss Toto Wolff and McLaren’s Fernando Alonso added F1 needs to consider tweaking the rules in light of events in Baku. 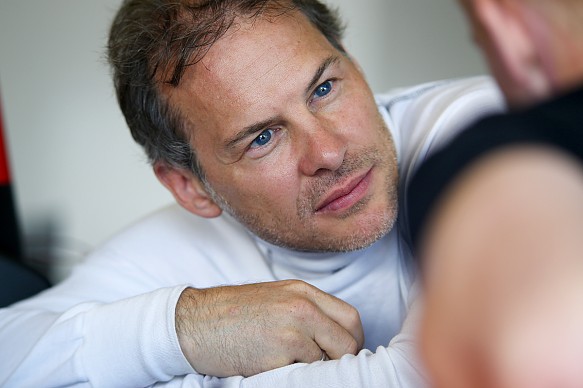 “I don’t like this new radio rule,” Villeneuve said. “Either you allow radio or you ban it, you don’t allow an in-between where you can say this but you can’t say that – that was ridiculous.

“The messages that you heard during the race sounded childish. You just have to make a decision – either allow team radio or don’t. Don’t do something in-between because it doesn’t work.”

Sunday’s race in Baku was unspectacular with most of the overtakes being done with DRS on the long main straight. Villeneuve criticized DRS and said the overtaking device should be removed to enable better racing.

“Instead of having action, you have DRS,” he said. “OK, you overtook, but there is no construction, no building up to it and next year, we’ll still have the DRS.

“It’s strange because with next year’s car, you’ll have a bigger tow so you won’t need the DRS. But you still have Pirellis on the car which don’t like aggressive driving. As soon as a driver gets in traffic, he destroys his tires, so it makes it a bit difficult.

“Drivers have to save everything – they have to save the engine, save the tires, save the fuel so they don’t get to the point of attacking. Getting rid of DRS would be a big help because then it would force the drivers not to depend on the DRS.

“You see that some of them don’t even defend, because there is no point.”