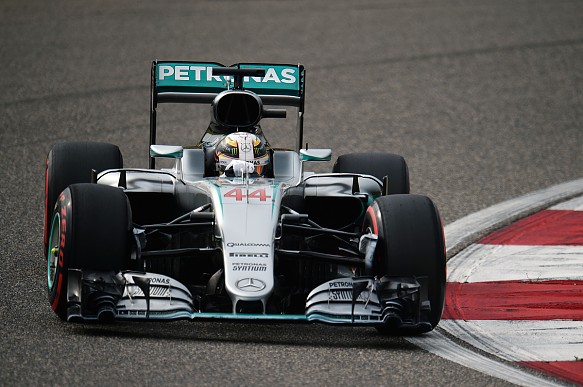 Lewis Hamilton is ready to ride an “emotional rollercoaster” as he prepares to battle from the back of the Formula 1 grid in the Chinese Grand Prix.

Hamilton will start the race at the Shanghai International Circuit with his second power unit of the season after his Mercedes suffered a MGU-H failure in the first session of qualifying.

Unable to set a time, Hamilton will line up 22nd and last, electing for a grid start rather than from the pitlane, with teammate Nico Rosberg on pole. Hamilton now faces what he claims he loves in motor racing – a fight through the field to score points.

“This is how it was when I first started racing,” said Hamilton. “Some of the kids around me had the best equipment and we were right at the back or we got punted out and I was sent to the back, and I used to battle my way through the field. So it’s reminiscent of the younger days and something I really enjoyed.

“There hasn’t been a race where I’ve started from the back and not enjoyed it.”

Replacing the power unit is the latest setback for Hamilton in a trying weekend so far that began with a five-place penalty for a gearbox change. The three-time champion at least knows what is possible as he started from the pitlane in Hungary in 2014 and went on to finish third.

Despite the Shanghai track offering numerous overtaking chances, Hamilton is not so confident on this occasion of repeating his podium heroics.

“I don’t really take any encouragement from that,” said Hamilton. “There is no question in my mind on how I’m going to get my way through, but you never know because it’s a different track with different climate and different demand on the tires.

“So, whether or not we can get all the way up to third, I think that’s going to be a very tough challenge. You’ve got the Red Bulls who are quick, the two Ferraris and Nico, so just getting into points is my goal.”