F1: Alonso thinks his radio gets singled out

F1: Alonso thinks his radio gets singled out 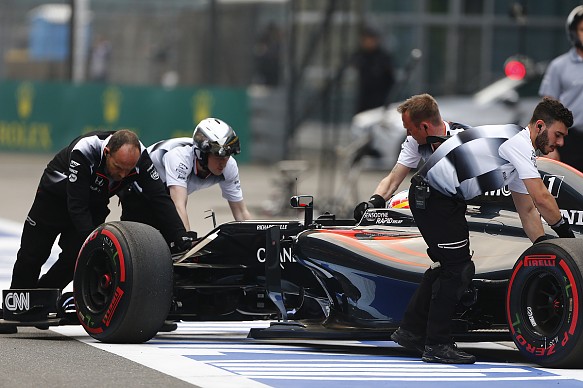 Fernando Alonso has expressed frustration at Formula One Management over the broadcast of his radio messages to the McLaren F1 team.

Alonso and McLaren teammate Jenson Button were in contention for a place in Chinese Grand Prix Q3, but their bid was halted when a wheel came off the Force India of Nico Hulkenberg with less than two minutes remaining in Q2. The incident resulted in a red flag, denying those on track – including Alonso and Button – the chance of a last flying lap and leaving the McLarens 12th and 13th.

When informed of the situation over the radio, Alonso let out three loud and long exasperated cries of frustration that were broadcast on the television feed of the session. When asked about him making the airwaves again, a slightly sarcastic Alonso intimated he felt his radio messages were getting singled out.

“First of all, my radio has been very quiet for the last five years, I guess!” he said. “But it seems always it’s quite attractive.

“I’ve heard many, many things they don’t put live. So it’s good to have that respect from FOM…”

Alonso’s radio messages previously made the headlines in Japan last year, when his expressions of frustration at the “GP2” performance of the Honda engine were broadcast.

Explaining his genuine angst at the time of the Shanghai qualifying radio call, Alonso said: “I’ve been fighting in Q1 for the last year and a half, and now I have a car ready to go to Q3, so when you miss that opportunity, then obviously it’s frustrating.

“Today was massively frustrating because we felt competitive and in the fight to be in Q3 with both cars, which was a shame. If we think of the positives, last year we were simply aiming to get out of Q1, and now we are frustrated not to be in Q3, so definitely the direction is a good one. We are growing big time every race, which is a positive.”

Alonso has confirmed he is now feeling “zero pain” from the rib he fractured during his horrific crash in Australia and that forced him out of the Bahrain Grand Prix.

“I felt good today,” he said. “I slept very good last night – 10 or 11 hours. I don’t know – it was a record for the week because I’ve not been sleeping well with the jetlag. But yesterday maybe I missed the car so much for the last month that finally after doing some laps I felt more relaxed and I slept good.

“Zero pain, so all good. I had a much better day in the car, although still feeling it a bit over the bumps and on the corners sometimes. But I didn’t need any painkillers today or anything.”