Ducati has rescheduled Casey Stoner’s next MotoGP test for the week following the Qatar Grand Prix.

Two-time MotoGP champion Stoner has returned to Ducati in a development and ambassadorial role this season. He was due to conduct a private test at Losail this weekend after the end of the week’s official full-field session, but Ducati had misinterpreted the wording of rules precluding testing in the fortnight before grands prix.

The team had thought the prohibited time period ran up to a race day rather than the start of practice for an event, so had to call off the test. It has now rearranged it for March 21-22, the Monday and Tuesday after the 2016 season-opener.

Although he has vehemently denied having any interest in making a racing comeback, Stoner was competitive on his first test back with Ducati at Sepang last month. He ended the test fifth fastest overall. 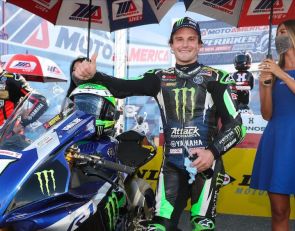