F1: Bottas feels Williams can do better in '16

F1: Bottas feels Williams can do better in '16

Williams can do “an awful lot better” in the 2016 Formula 1 season after finishing third in this year’s constructors’ championship, according to Valtteri Bottas.

The team ended 2014 with the second-quickest car, but was overhauled by Ferrari and struggled to fight the Scuderia or Mercedes. Bottas believes it is possible for Williams, which had the fifth-biggest budget in 2015, to mount a challenge to Mercedes and Ferrari in the coming season even though there will be no major rule changes.

“It is possible but I have always said that it is difficult,” said Bottas. “It is very competitive at the moment and the rules are not changing massively for next year.

“Mercedes and Ferrari have a pretty good base car even though it is a development, so it’s tricky. But I think we can do an awful lot better than what we are seeing this year. If all the work for next year’s car pays off, then we can be a lot closer and maybe it can be possible to win the races.”

Williams has struggled operationally this season, particularly with pit stops in terms of wheelnut problems, and Bottas is aware the team needs to eliminate these problems.

“This winter it is about trust and whether we can make a quick enough car or not and fix some issues that we have had as team, for example our pit stops and some things like this,” he said. “We need to make things better and we are working flat out for that to have a better season next year.”

Bottas accepted the team’s performance was hampered by its early decision to switch focus to 2016.

“We are obviously focused more on next year’s car maybe earlier than we originally planned because we saw that we couldn’t really challenge Mercedes this year,” he added. “We didn’t have many upgrades in the last few races and I think that explains why the gap has been a little bigger. 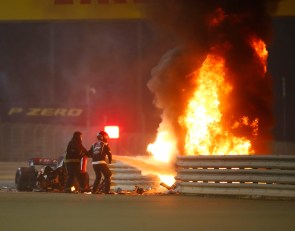 MotoAmerica announced the hiring of Jordan Miller as its Vice President of Media and Promotions, effective immediately. Miller will (…)

With just four months to go to the first race of Season 1, Extreme E teams are taking delivery of their ODYSSEY 21 cars getting their first (…)

INSIGHT: Hull on what made KMag and RvdZ easy choices for CGR

A stranger walked into the lobby at Chip Ganassi Racing and asked the receptionist if Mike Hull was available. Its Indianapolis headquarters (…)