FE: Villeneuve to race for Venturi

FE: Villeneuve to race for Venturi 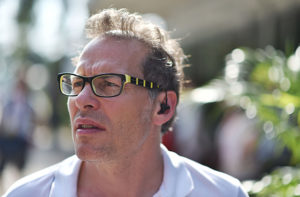 The 11-time grand prix winner will partner Stephane Sarrazin at the team, replacing ex-F1 racer Nick Heidfeld alongside the Frenchman for the second Formula E campaign.

“This is the first time in several years that I will participate in a full championship,” said Villeneuve, who tested for the team in France last week.

“It had been 10 years since I had driven on that kind of track with a single-seater, but it’s like riding a bike, you never forget.

“Last season each time I met drivers from Formula E they were saying it is a really interesting championship.

“I am excited because the atmosphere in the team is great and that has a very big influence.”

Venturi Automobiles CEO Gildo Pastor added: “It is a true pleasure to welcome Jacques Villeneuve – he is the first Formula 1 world champion to join Formula E as a driver.

“In a addition to his 1997 title and his numerous victories in F1, no-one has forgotten his victory in the Indianapolis 500 or in the IndyCar series.

“He grew up in Monaco, we crossed paths many times in childhood, so he will be at home with Venturi.

“I am very happy with the experienced and talented duo of Jacques and Stephane.”

Venturi will introduce its own powertrain elements for the second Formula E season, and Sarrazin has already completed more than 1600km with its ‘VM200’ machinery.