LM24: "Audi will be there" says McNish

LM24: "Audi will be there" says McNish

Three-time Le Mans winner Allan McNish expects to see the leading LMP1-Hybrids set a torrid pace during this year’s 24 Hour classic. With his Audi Sport team seeking its sixth consecutive win, the retired star believes the German marque could have the right combination of speed and reliability to handle the extreme speed shown by sister brand Porsche.

“I think, first of all, Audi has made exceptional progress from last year’s R18 e-tron quattro,” the Scot told RACER. “The new R18 (BELOW) has already gotten off to a successful start this year. And Porsche was always going to make a step forward because it was its first year last year and they committed to basically making everything new again. They’ve done a good job. I think reliability will be the question mark as much as anything else over their program from Le Mans, as it always is.

“It is always a question mark for everybody, but I would say that’s their hurdle. In terms of Audi, it’s a wee bit like what we did between ’12 and ’13, when they made a big step forward, but it’s a series of improvements, which should, theoretically, pose less of a risk with reliability.”

If Le Mans 2015 is expected to be an Audi vs Porsche affair, McNish sees the defending World Endurance Championship winners at Toyota in a less advantageous position—at least in terms of ultimate performance. An increase on race day, however, wouldn’t be a surprise.

“Porsche and Audi have made a bigger step forward this year than Toyota,” McNish continued. “Certainly in Spa. They did not expect the time difference between ’14 and ’15 to be so large, I know that for a fact. At Le Mans, as well, it certainly didn’t look like they had the pace of Porsche and Audi.

“However, I’m going to qualify that a little bit because if I think back to all WEC races, on the practice days they don’t go very well. I think they’ve got more in the pocket than what we actually saw on paper. They tend to keep their good super capacitors for the race and then basically, it’s just adding extra horsepower to it and they go significantly faster.

Asking anyone to make pre-race predictions at Le Mans is a perilous exercise, but McNish has an inkling how the event may play out.

“I do think Porsche is the one for pole position,” he said. “I think Audi will be there at the end as they always are. Porsche, I think will be a little bit quicker at the start of the race, certainly. We’ll see what happens after that. Toyota will be in the mix but I don’t think they’ll be in a dominant mix where they were last year. Last year they had they race, in terms of performance, and in theory they should have had the reliability. But it didn’t go to them. I think it’ll be a tougher race for them than it was 12 months ago, and it’s a question of whether the Porsches will last.”

The LMP1-H class is faster than ever, and could be lapping Le Mans at or near record-breaking pace. The rest of the field—P2 cars and the Pro and Am GTE machinery, in particular—are running at a similar pace to 2014, and with the increased speed disparities, P1-H passing attempts could trigger 24-hour anxiety attacks.

With the top class trying to scythe through packs of slower cars, McNish says corner entry clashes would be the natural concern as dive-bomb passes become too tempting for some to ignore.

“The most dangerous place to be fast is into and through the corners because the line is narrow through the corner and that tends to be where accidents happen,” he explained. “I think the safest place to be fast and to make your passes is down the straights. If I look at sector times, then from an Audi perspective, the middle sector, which is all the way from Tertre Rouge to after Mulsanne—effectively the straights—is where you’ll make up a lot of time.

“I think it’s when you’ve got less horsepower where the problems are introduced. So if you didn’t have hybrid, for example, and you had that level of horsepower then you had to overtake in the corner and that, I think, is much more dangerous. I’m actually not that concerned about the performance levels relative to GT cars and LMP2 cars. It’s not a surprise to me that the downforce levels in a P1 car can produce and the tire grip now as well, will get to a higher level faster on a dirty circuit than a GT car or in LMP2, which could help in overtaking.”

The ACO, event organizers for the 24 Hours of Le Mans, have made a number of track updates for 2015, including moving some of the surrounding earth banks back at the high-speed Porsche Curves. As the LMP1-H cars become faster and more powerful, McNish wonders if the ACO will need to make more updates to handle the extra speed.

“I would expect it to be a very, very fast qualifying, and that, I think, is going to be pretty cool to see, but I suppose that there is at one point the ACO, who have made a lot of changes to the circuit in anticipation for this, to some extent, will be required to create more runoff areas to deal with the cars going faster every year,” he said.

“The banking has been moved back at Porsche; there’s tarmac where there was grass, and we could need more of these sort of things. And that extra room is not a ‘get out of jail free’ card, but it just gives you a little more room for your risk. I think that’s the one thing we’ll see become a need at this rate of development.” 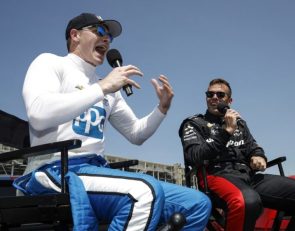 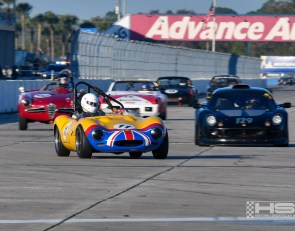