It’s T-minus 46 days until the first Verizon IndyCar Series practice session of the season gets under way at St.Petersburg, and there’s plenty of anxiety being felt among the drivers stampeding toward the few open seats on the grid.

The big targets of interest can be found at Andretti Autosport where one full-time seat is vacant – and a second could be taken by a rotation of ride-sharing drivers, at Chip Ganassi Racing where the fourth car awaits a driver, at KV Racing alongside Sebastien Bourdais, at Schmidt Peterson Motorsports for the coveted second entry next to James Hinchcliffe, and at Dale Coyne Racing, where the veteran owner has two empty cockpits to fill.

That’s six full-time drives being chased by 10 or more fast and possibly funded pilots. Once the seats are filled, 24 to 25 cars should be on the grid at St. Pete – an increase from 22 last year. The challenging state of sponsorship acquisition has also increased as approximately 25 percent of the anticipated seats on the grid have yet to be filled, and this comes after an exceptionally prolonged offseason.

Notes: Both ABC Supply–sponsored drivers will contest the full championship, and despite the team’s history of adding an extra entry for the Indy 500, team director Larry Foyt says they will likely stick with Taku and Jack for the month of May.

Notes: Without rehashing the entire scenario, Andretti was burned by at least one sponsor last year – possibly two – and has been adamant in their need to receive all of the funding for the fourth entry before moving forward with a driver. That driver is Justin Wilson, who has been on Michael’s short list for a few years. It’s believed that if the JWil+AA deal happens, it will likely come uncomfortably close to the start of the season. As a paid driver, Wilson’s confirmation hinges upon the team finding the money to hire him.

The fifth entry is also based on funding, but in this case, it relies on drivers bringing sponsorship to the team. The most realistic proposition continues to have multiple drivers sharing the car throughout the season, and among the candidates, Simona de Silvestro and Zach Veach continue to be mentioned. If funding can be found for the fifth car, Jean-Eric Vergne continues to hold the team’s interest, and McLaren Formula 1 driver Kevin Magnussen has also been floated as a possibility.

Notes: The decision came down to 2014 Indy Lights champion Gabby Chaves and former BHA driver Luca Filippi and the young Colombian-American got the nod. Jay Howard’s Indy-only program is still in place, and as he mentioned when the deal was originally announced, it could still expand into one or two more rounds.

The team is reportedly looking at fielding a third entry for the 500. If it happens, the team has plenty of talent to draw from with the likes of 2011 Indy 500 polesitter Ryan Briscoe and Brickyard ace Oriol Servia, among others, looking for work.

Notes: The team’s two-car, three-driver rotation in set, leaving the topic of a third Indy 500 entry as a possible slot to fill. JR Hildebrand was fast and effective for Ed Carpenter’s team at Indy last year, and said he hopes to return for the Speedway under the CFH Racing banner. Townsend Bell is another Indy-only driver who would be a great fit for the program, and like Hildebrand, would give CFH an all-American trio at the 500.

Notes: We expected to see 2013 Indy Lights champion Sage Karam (LEFT) confirmed around the New Year, but the process of assembling the funding to put the Pennsylvanian teenager in Chip’s final entry continues. With the team dropping from two Target-sponsored entries to one this year, it’s possible the funding puzzle at Ganassi has taken longer to solve than expected.

Speaking with Karam late last month at Daytona, he said news could be forthcoming: “I’m hoping within the next few weeks we can get something together. I know it’s really close; nothing has been finalized. I’m working hard, the team is working hard, and everybody wants it to happen.”

Notes: Fans of DCR are familiar with offseason practices of the Illinois-based team. Drivers are rarely signed by Dale at an early stage, and 2015 appears to be another exercise in intrigue and waiting. Alexander Rossi has been the favorite to land the lead entry, it’s believed Rossi and Coyne are close, and talks could accelerate toward a decision this week.

The second Coyne entry, which has traditionally gone to a driver bringing sponsorship, is said to be wide open at this point. A fellow IndyCar driver suggested 2014 DCR pilot Carlos Huertas should contact Coyne about returning if he was interested, and that apparently led to the topic being broached around the December holidays. Huertas is one of a few drivers speaking with Coyne, and Coyne is also looking at a few interesting drivers on his own. Pippa Mann, who has driven for Coyne at the Indy 500 the past two years, says she is working on securing the sponsorship to hopefully make it three years in a row.

Notes: Team owner Dennis Reinbold would like to run more than the Indy 500, continues to work on finding the budget that would allow an expanded program, but says Indy could be DRR’s only outing in 2015: “Things are heating up a bit; you can tell there’s an urgency around the 500 and more calls are going on, but that’s all we have right now. We’d like to do more races, but Indy is the only race that’s on the table at this moment.”

Would someone like Ryan Briscoe, who drove part-time for DRR in 2006, be the right fit? Depending on how the market for Indy 500 ringers like Briscoe, Servia, and Townsend Bell plays out, any of the three could get the job done for Reinbold.

Notes: James Jakes, Stefano Coletti, and 2014 KV AFS driver Sebastian Saavedra and Ryan Phinny are interested in occupying the second seat, and the first two also have ties to Schmidt Peterson Motorsports. A third entry is also being considered for 2015. Bryan Clauson will join the program in a tie-up with Jonathan Byrd’s Racing. There are more drivers who would like to join in for Indy, including James Davison, who impressed during his shortened month of May rookie program with KV last year.

Notes: RLLR appears to be set with a single full-time entry for Graham Rahal, and that simplified plan could end up being exactly what the team needs to recapture its form. Team co-owner Bobby Rahal said a second Indy 500 program is likely, but only if it strengthens the team. With Oriol Servia leading the team in qualifying and their Indy 500 results last year, he’s an obvious candidate to plug into the RLLR operation.

Notes: Welcome to the most sought-after seat left in IndyCar. Keeping track of SPM’s suitors has been dizzying since both drivers left the program after the season finale in Fontana (Simon Pagenaud to Penske and Mikhail Aleshin to sports cars).

Conor Daly had an excellent test with the team last week, counts Hinchcliffe among his best friends, and would make for a stellar 1-2 punch for Sam Schmidt and Ric Peterson. But does he have enough funding to secure the ride? Apply that question to every driver contending for the seat, and you have the key consideration at hand.

Simona de Silvestro is also interested, as was Alexander Rossi, but he has apparently narrowed his focus to DCR. Carlos Huertas is interested in the second SPM seat…along with a few European drivers…and a few more from the American open-wheel ranks. James Jakes is on KV’s radar, but he’s testing for SPM this week at NOLA and wants to hold onto the ride.

Frankly, there are few drivers considering an upgrade or return to IndyCar that haven’t spoken with SPM, and with the exception to Andretti’s (seemingly committed) fourth entry, SPM’s second car is the most competitive ride on the market.

A new, primary sponsor has reportedly been signed for Hinchcliffe’s car, and now the team needs to find a driver whose budget will allow the team to compete at a high level. After losing Aleshin’s quality budget, it’s easy to understand why SPM has taken its time to find the right blend of talent and funding for the second car.

Notes: Pagenaud, who was signed prior to Penske having the budget in place for his entry, reportedly has all the sponsors locked in for the season and will feature a similar rotation of commercial backers as found on the cars driven by Castroneves and Montoya. Former Penske crew chief Billy Vincent, who left the program after last year’s Indy 500 to work with Porsche, has returned to the team to look after Simon’s car. 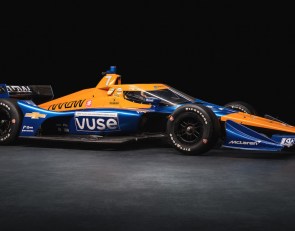