The RealTime Racing Acura TLX squad’s Pirelli World Challenge debut, planned for this weekend’s double-header on the streets of Belle Isle, has been postponed due to a setback suffered in testing last week.

“We were very much looking forward to witnessing an historic event with the debut of the Acura TLX GT racecar in Pirelli World Challenge competition on the Belle Isle street circuit in Detroit this weekend. Unfortunately, the car experienced a significant mechanical issue during final testing on Wednesday, and the necessary repairs will leave us unable to campaign the car in Detroit,” explained the president of Honda Performance Development Art St. Cyr.

“Peter Cunningham and our partners at RealTime Racing have worked countless hours to properly prepare the TLX GT racecar for this event, and we have the utmost collective confidence in their ability to address this issue and return the car to the racetrack,” he added. “This is an all-new car and a new program for Acura Motorsports, and we are eager to compete head-to-head with the iconic performance brands represented in the Pirelli World Challenge Series.” 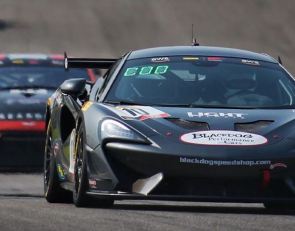