American F1 team could get FIA green light this week

American F1 team could get FIA green light this week

Haas, who says he has satisfied all requests from the FIA, could have an answer this week as to whether he will receive an F1 license or not.

“There’s paperwork that goes back and forth,” Haas (pictured, LEFT) told RACER on Sunday. “They asked for it and we submitted it. I would hope they make a decision in the next week or so but it’s a big business and they have their agendas.

“It’s not like any individual makes a decision there. They get together in a group and they look at the package and they make their decision, but ultimately I think it has to go to Mr. Ecclestone [Bernie, president and CEO of Formula One Management].”

One of those “agendas” is a minimum of a two-year commitment to F1. Ecclestone isn’t looking for an organization that simply wants to dip its toe in the water or run a partial season. Haas has read the stories that insist Formula 1 wants Haas Formula, the suggested name for the his team, or one of the other parties interested in becoming a prospective F1 operation, to salvage an existing entity. Considering the discrepancy between the top teams in Formula 1 and the less-funded operations, Haas understands that “it makes sense” for the sanctioning body to consider that option. It’s a strategy that worked supremely for Dietrich Mateschitz in November 2004 when he purchased Jaguar and flipped it into Red Bull Racing for 2006. By the end of 2010, Red Bull had won its first world championship, and backed it up with consecutive titles over the next three years.

Haas, however, would prefer to start with a clean slate.

“To me, that method goes against having an American team,” Haas said. “When I talked to Mr. Ecclestone back in November, he kind of saw my point of view but who knows what the latest thoughts by the FIA are?

Despite the FIA asking for “an expression of interest” for a 12th team in December, Haas said his inquiries for an F1 license “over the last couple of years” may have expedited the process, but observes: “There’s not like a specific way of doing it. They kind of play it by ear. But the longer [the wait] goes on, the less likely we could do it in 2015. We should have made that decision a month ago but it just hasn’t happened.”

Haas’s group has done its due diligence, visiting Ferrari last month and going to Dallara, too. However, that’s just two pieces of a bigger puzzle. The human element still needs to be addressed and time is of the essence. The last time an American group, USF1, attempted to compete in Formula 1, it never came close to reaching the grid. Ken Anderson, the former technical director for Haas’ CNC Racing (the predecessor of Haas’s current NASCAR organization, Stewart-Haas Racing), was a principal in that project.

However, with his existing resources as well as Haas Automation’s regional headquarters in Brussels and Shanghai, Gene Haas logistically has an advantage that the USF1 team lacked. Nonetheless ultimately, the intention is to have Haas Formula be completely centered in the U.S.

“We’re going to be flexible in terms of whatever we have to do to get to the races, because that’s what it’s about,” Haas said. “You have to show up to the races. You have to have a car that’s competitive. That would be the number one goal. Whether we did that in Belgium or somewhere else, I don’t know. But the goal is, within the next few years, we would have everything based out of Kannapolis (N.C.) as far as the engineering is concerned but have a drivetrain partner, kind of similar to what we do in Cup racing – have outside suppliers supply us what we need and engineer what we need in Kannapolis.

“We have a wind tunnel (Wind Shear) that we would immediately convert over to a scale model. It would probably take 12-18 months to do that. So if we went for 2015, we would have to use the services of Dallara to supply aero for us.” 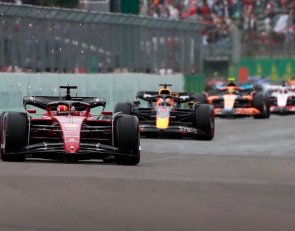